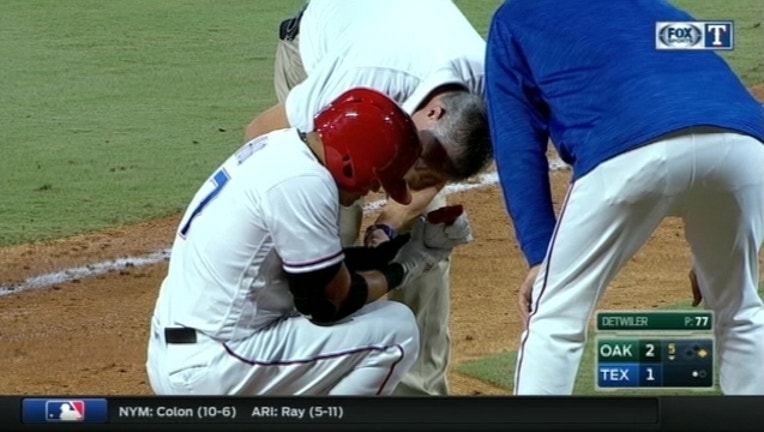 ARLINGTON, Texas (AP) — Texas Rangers leadoff hitter Shin-Soo Choo will have surgery to insert a plate near the break in his left wrist and forearm after he was hit by a pitch.

Choo went on the disabled list Tuesday for the fourth time this season. The fracture, which happened in Monday's 5-2 win over Oakland on a pitch from left-hander Ross Detwiler, is likely to end his season. The surgery is scheduled for Wednesday.

The Rangers recalled outfielder Ryan Rua from Triple-A Round Rock, and he was in the lineup Tuesday against the Athletics in right field, Choo's regular position. Jurickson Profar was the leadoff hitter, playing left.

Choo has been limited to 45 games with calf and hamstring strains and lower back inflammation. He's hitting .247 with seven homers and 17 RBIs.