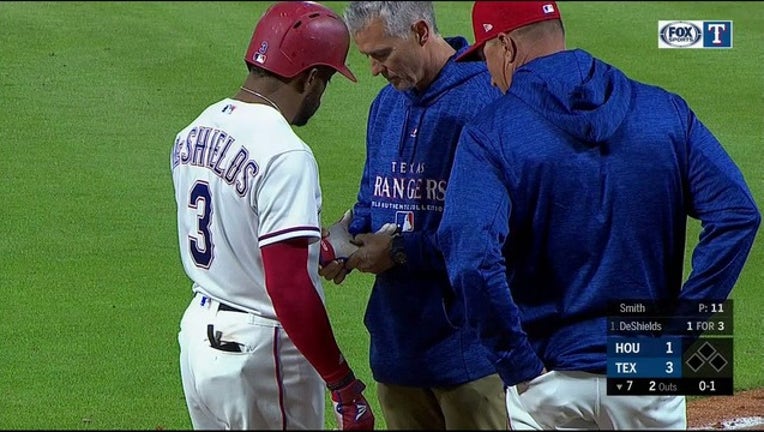 ARLINGTON, Texas (AP) - Texas Rangers center fielder Delino DeShields is expected to miss four to six weeks after breaking a bone in his left hand while taking a swing.

The Rangers put DeShields on the 10-day disabled list Saturday, a day after he hurt his hamate bone against Houston. DeShields was injured in the seventh inning, but stayed in the game.

DeShields was scheduled to be examined further on Saturday. He was 1 for 7 after two games.

To take DeShields' roster spot, Texas recalled right-hander Nick Gardewine from Triple-A Round Rock for Saturday's game against the Astros. Rule 5 draft pick Carlos Tocci was in the Rangers' lineup in center field, batting ninth in his major league debut.