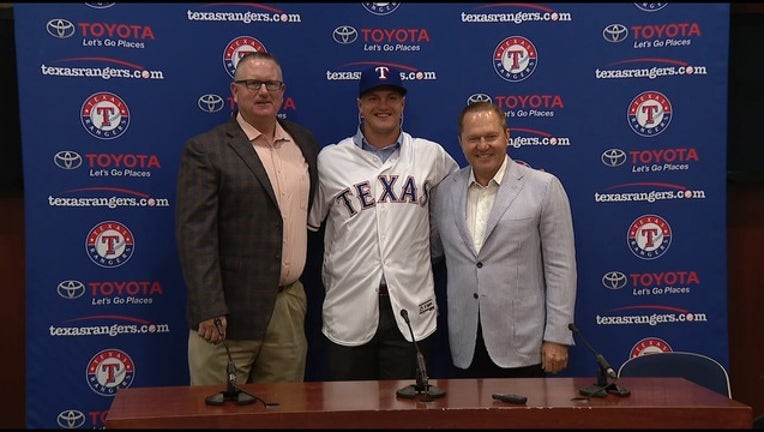 Jung was the eighth overall pick out of Texas Tech in last month's draft, while Wendzel from Baylor was taken 41st overall. Jung and Wendzel were the co-Big 12 players of the year this season.

Jung hit .343 with 15 homers and 58 games this season as a junior for the Red Raiders, who went to the College World Series. Wendzel led the Big 12 with a .367 batting average, with eight homers and 42 RBIs in 46 games as a junior this year.