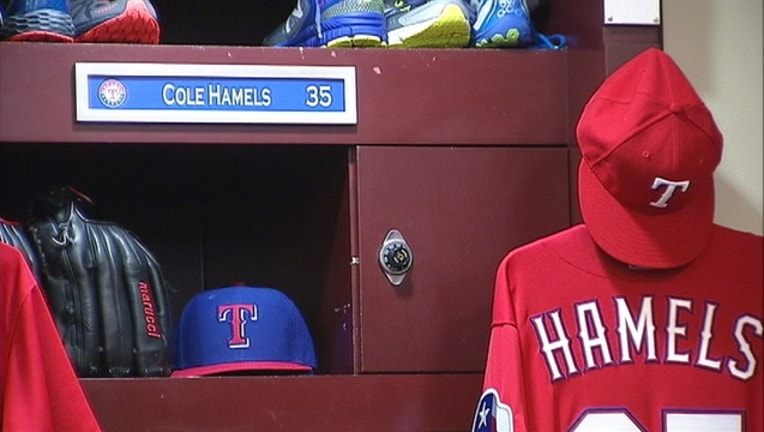 The three-time National League All-Star is scheduled to make his American League debut on Saturday night at home against the San Francisco Giants. In his last start for the Philadelphia Phillies, the 31-year-old left-hander no-hit the Chicago Cubs on July 25.

Hamels (6-7) was acquired in a seven-player trade that also brought left-handed reliever Jake Diekman to Texas. Diekman pitched in the Rangers' win over the Giants on Friday night.

Texas on Saturday also added right-handed reliever Sam Dyson, who was acquired from Miami on Friday.

To make room on the roster for Hamels and Dyson, Texas optioned rookie right-hander Keone Kela to Double-A Frisco and placed catcher Robinson Chirinos on the 15-day disabled list retroactive to Friday with a strained left shoulder.

Rangers manager Jeff Banister said Kela was being given a 10-day rest period. Kela has pitched 43 2-3 innings in 49 relief appearances.