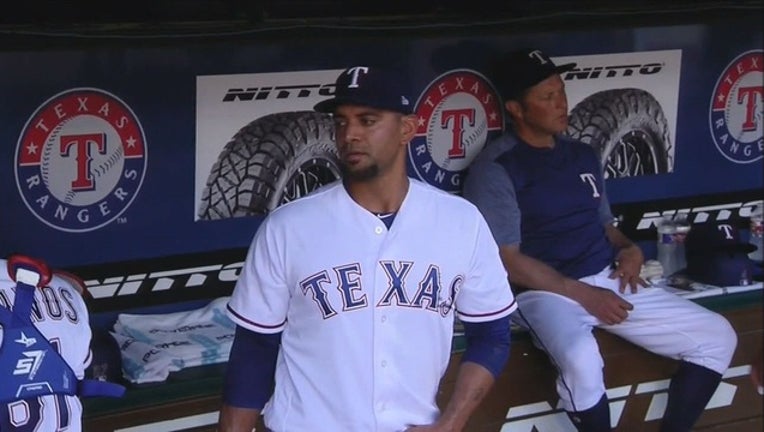 Texas also recalled left-handed reliever Dario Alvarez from Triple-A Round Rock on Friday before the opener of a three-game series at home against Seattle.

Reliever Tony Barnette was placed on the 10-day disabled list with a sprained right ring finger, and utility men Ryan Rua and Jurickson Profar were sent to Round Rock. Right-hander Dillon Gee was designated for assignment.

The Rangers are also closer to getting ace left-hander Cole Hamels back about six weeks after he strained his right oblique muscle. Hamels was expected to make his first rehab start with Double-A Frisco on Friday night.

Napoli went on the DL with a lower back strain on June 6. He's hitting just .192 but has 11 homers, tied for the second most on the team.

Gomez has been out since May 16 with a strained right hamstring. He has a .246 batting average as the primary leadoff hitter, but was hitting fifth in the lineup against the Mariners.