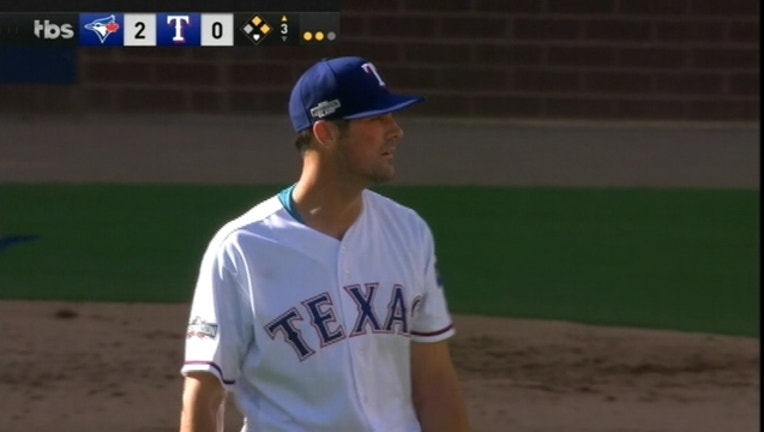 CLEVELAND (AP) - Texas Rangers left-hander Cole Hamels has been activated from the 10-day disabled list in time to start Monday against the Cleveland Indians.

Hamels has been out for eight weeks with a strained oblique muscle. He was injured warming up for a scheduled start May 2 against Houston and placed on the DL on April 30 in a retroactive move.

Hamels is 2-0 with a 3.03 ERA in five starts. He made two minor league rebab starts.

Outfielder Drew Robinson was optioned to Triple-A Round Rock. He homered for his first major league hit and also doubled Sunday in a 7-6 win over the New York Yankees. Robinson was called up from Round Rock on Saturday.

First baseman Joey Gallo is in Monday's lineup after returning to Texas on Saturday to have a sore hamstring examined.