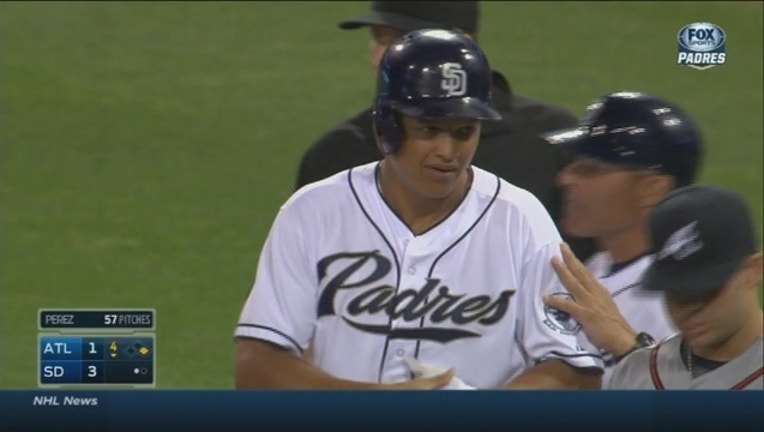 ARLINGTON, Texas (AP) — The Texas Rangers have acquired outfielder Will Venable from the San Diego Padres for minor league catcher-outfielder Marcus Greene and a player to be named.

The 32-year-old Venable is expected to join the Rangers on Thursday, when they open a four-game series at Detroit. In 68 games with San Diego this season, he was hitting .258 with six home runs and 30 RBIs.

Venable had spent his entire major league career with the Padres beginning late in 2008, batting .252 with 81 homers and 304 RBIs.

Texas general manager Jon Daniels said the team's injury problems in the outfield, including Josh Hamilton being sidelined since Sunday with a sore left knee, factored into the trade.

"We would have had interest in bolstering our depth regardless," Daniels said. "But when you see Josh dealing with the knee — I'm still optimistic it will be OK — but we didn't want to be caught off guard if it lingers longer than we want."

Greene, who will turn 21 on Wednesday, was hitting .218 with five homers and nine RBIs in 25 games at Low-A Hickory when his season ended in June with an elbow injury that required Tommy John surgery.

Choice, 25, has spent most of the season at Triple-A Round Rock, where he had 12 homers and 60 RBIs. He played one game for the Rangers, in June. He was acquired by Texas in December 2013 after playing his rookie season with Oakland.