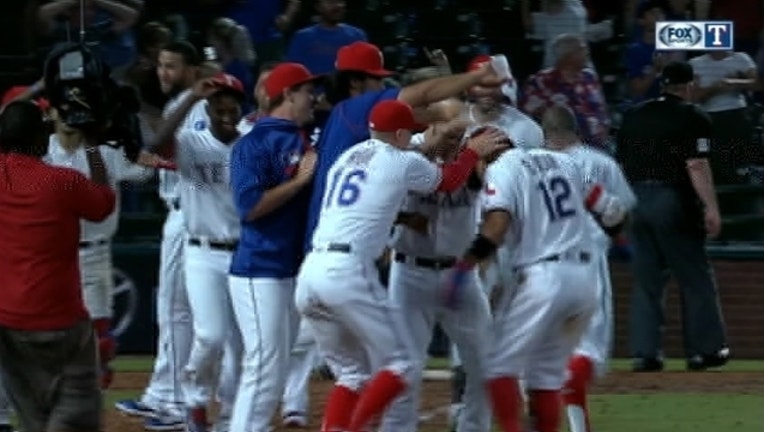 ARLINGTON, Texas (AP) — Rougned Odor was hit by a pitch with the bases loaded in the bottom of the 10th inning, forcing home the winning run as the AL-best Texas Rangers beat the Oakland Athletics 5-4 on Tuesday night.

Carlos Beltran had tied the game with his fourth hit, a two-run single, after John Axford (4-4) had walked the bases loaded. Marc Rzepczynski then came on and the A's opted to intentionally walk Adrian Beltre, reloading the bases. Odor was hit in the shoulder on the next pitch.

Oakland had tied the game in the ninth off closer Sam Dyson, then took a 4-2 lead in the 10th when five of its first six batters reached against Keone Kela (4-1). Yonder Alonso had an RBI double and scored on Ryon Healy's single for the A's.