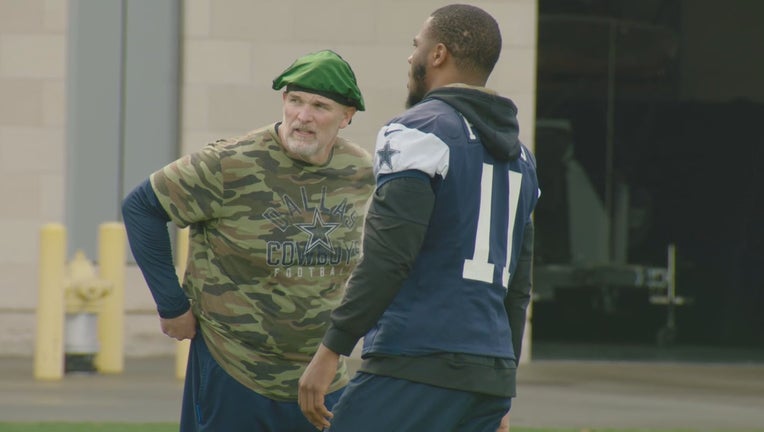 DALLAS - The Cowboys’ quest to earn the top spot in the NCF starts Sunday at home against Arizona.

The team began preparing for the Cardinals Wednesday at The Star in Frisco.

Arizona started the season with seven straight wins. But the Cardinals have struggled lately, coming into Arlington with a 10-5 record.

Head coach Mike McCarthy said Murray is why Arizona is in the playoffs.

"This is a post season football team and he's a post season caliber quarterback. He's dynamic. He brings unique challenge because of his ability to move and throw the ball to any quadrant of the field and has such a quick release and can really spin it so. And that's, you know, this is what it is. It’s January. So, it's January football and these are the types of games that we're privileged to play in. But this is what we've been working for since April," he said.

Defensive coordinator Dan Quinn should be focused solely on the Cowboys for the game.

Earlier this week, the Jacksonville Jaguars asked to interview both Quinn and offensive coordinator Kellen Moore in an effort to replace Urban Meyer, who was fired as head coach.

The NFL allows teams without a head coach to begin interviews two weeks before the end of the regular season.

But Quinn declined to interview with the Jaguars at least for now, according to the Dallas Morning News.

The Cowboys and the Cardinals play Sunday on FOX 4.