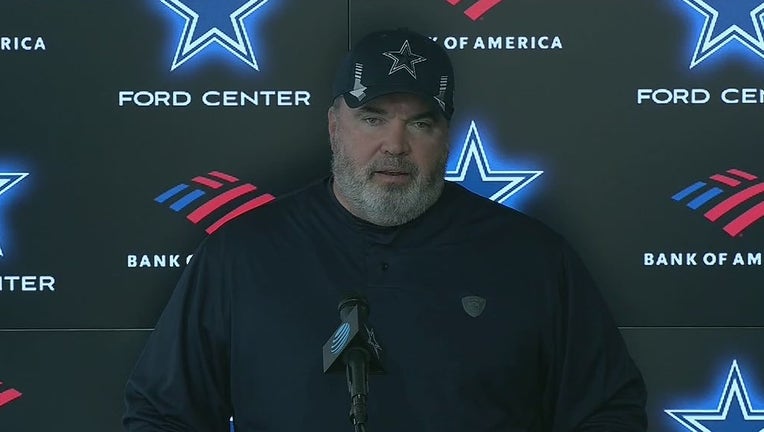 DALLAS - The Dallas Cowboys had already essentially clinched the NFC East by the time they took the field Sunday night against Washington. Then the team proceeded to make a statement in a dominating win.

The Cowboys had won three straight games all on the road entering Sunday night’s game at AT&T Stadium but the narrative surrounding the team had to do with the struggles of the offense against a short-handed Washington team. For one night anyway, that offense looked just fine.

Dak Prescott would not call his recent struggles a slump. Whatever problems he had, they seemed to disappear Sunday night as he threw for more than 300 yards and four touchdown passes in the first half alone.

Dallas built a 42-7 lead and Dak barely played in the second half as the Cowboys cruised 56-14.

The Cowboys are now 11-4 with two regular season games remaining. That puts them in second place in the NFC, where only Green Bay has a better record.

Coach Mike McCarthy said he’s pleased with the effort but there is much more for his team to accomplish.

"This is a season that has an excellent opportunity to be that special season. And I think with that, I think you guys are doing a great job trying to knock me off my focus here, but I think it’s important for us to stay truly in the moment, stay where we are. We have a playoff team coming here Sunday, the Arizona Cardinals. You know, we had a really nice time in the locker room, but this is… we knew this was the starting line. This is not the goal. This isn’t the ending. We feel like the real football starts now," he said.

McCarthy and the Cowboys host the Cardinals Sunday at 3:30 p.m. on FOX 4.