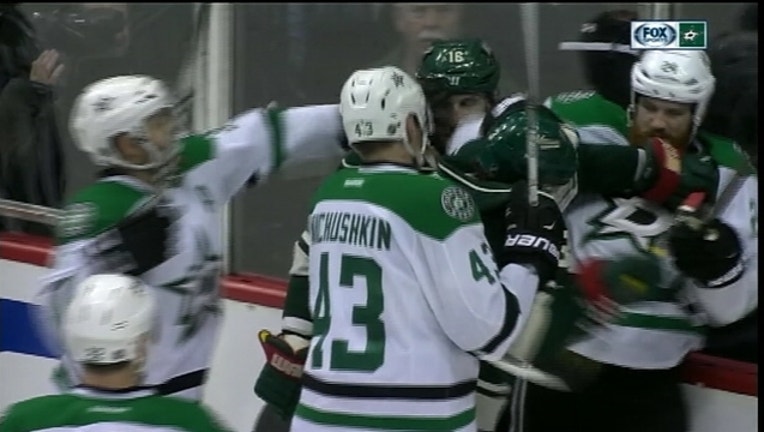 ST. PAUL, Minn. (AP) — Jason Pominville had two goals and an assist and the Minnesota Wild roared back from an early two-goal deficit to beat Dallas 5-3 on Monday night and slice the Stars' lead in the Western Conference quarterfinals to 2-1.

Chris Porter put the Wild on the board in the final minute of the first period, their first even-strength goal of the series. Erik Haula added a goal and an assist, Mikko Koivu scored on a power play in the third period and the Wild stopped a seven-game losing streak that started on March 31.

Patrick Sharp scored 26 seconds into the game and again less than 4 minutes later for the Stars, but the Wild controlled the action after that and finished with a 25-17 shots-on-goal advantage.

Game 4 is in Minnesota on Wednesday night, and Game 5 will be back in Dallas on Friday night.