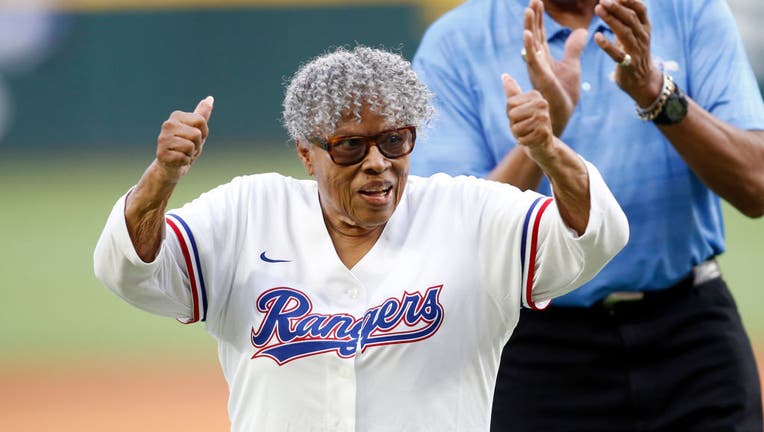 ARLINGTON, TEXAS - APRIL 15: Opal Lee reacts after throwing out the first pitch before the game between the Texas Rangers and the Los Angeles Angels at Globe Life Field on April 15, 2022 in Arlington, Texas. All players are wearing the number 42 in h

ARLINGTON, Texas - The Texas Rangers had a special guest on the mound before Friday night’s game.

The woman known as the "Grandmother of Juneteenth" threw out the ceremonial first pitch, honoring baseball great Jackie Robinson.

Last year, she was at the White House when President Joe Biden made Juneteenth a national holiday.

The 95-year-old was escorted to the mound by Rangers alums Al Oliver and Fergie Jenkins.

The Rangers played the Angels as MLB celebrated Jackie Robinson Day, the day he broke baseball's color barrier to play for the Brooklyn Dodgers 75 years ago.