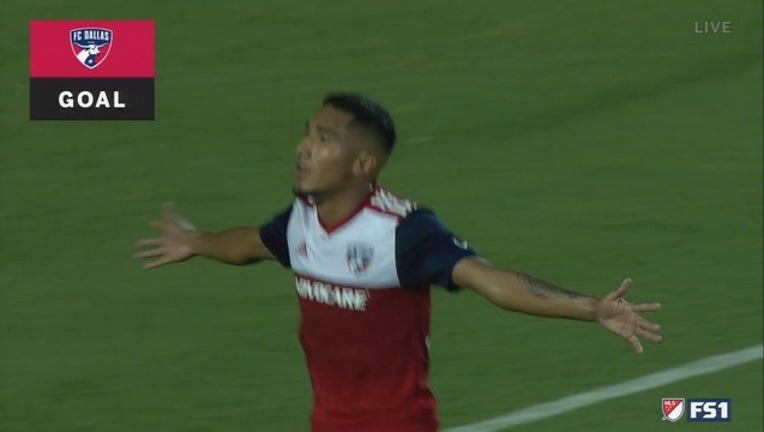 FC Dallas' Dominique Badji drew the foul against José Bizama, and Ziegler converted from the spot in the 24th minute.

Jesús Ferreira made it 2-0 for FC Dallas (11-10-7) five minutes later, making a run from midfield after receiving Ondrásek's pass and dribbling around Houston's Aljaz Struna to create space in the penalty area for the shot.

Ondrásek knocked home Ryan Hollingshead's cross in the 56th minute, and made a sliding effort to finish Dominique Badji's cross in the 64th minute. Ondrásek has three goals in his last two games.

Memo Rodríguez scored for the Dynamo (9-14-4) in the 80th minute, and Michael Barrios added a stoppage time goal for FC Dallas.

Houston has lost five of its last six.