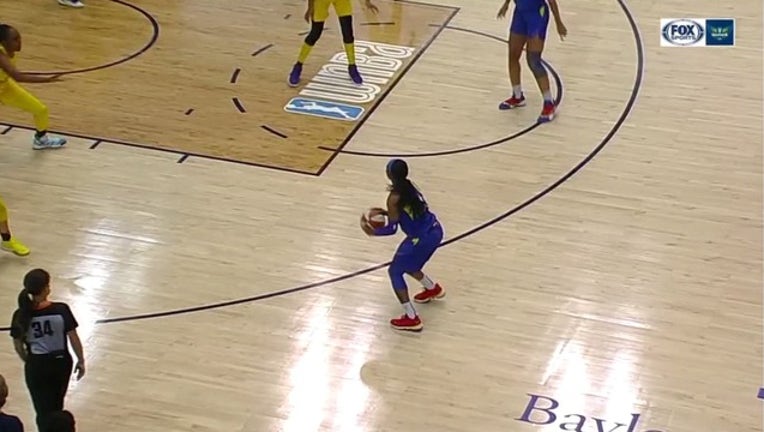 With Kayla Thornton and newcomer Kristine Anigwe suspended because of an altercation in Saturday's game at Phoenix, it was the rookie who stepped up for the Wings. She scored the last five Dallas points from the free throw line but also scored the Wings' only three field goals in the last five minutes. She also had six rebounds, one of her best, as the Wings outrebounded Los Angeles 37-27.

Chelsea Gray scored 22 points and Nneka Ogwumike had 21 with nine rebounds for the Sparks. When Ogwumike was knocked to the court setting a screen in the last minute, L.A. coach Derek Fisher stormed on the court to demand a foul and was ejected with 31.3 seconds to play.

The victory gave Dallas (8-17) a 2-1 series win over the Sparks (15-9). In the two previous games, Ogumbowale had a total of 20 points. This was her ninth 20th point game and first 30 point game for a Dallas rookie since 2014. The Wings have won back-to-back games for the first time since mid-June.