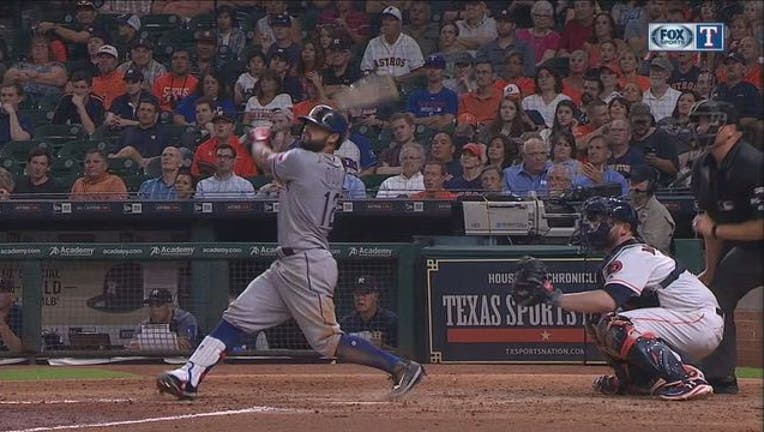 HOUSTON (AP) -- Rougned Odor hit a solo homer in the seventh inning and his tiebreaking two-run shot in the eighth lifted the Texas Rangers to a 4-2 victory over the Houston Astros on Tuesday night.

Odor tied it at 2-all when he dropped the first pitch of the seventh inning from Chris Devenski into the front row in right field.

He was at it again in the eighth when, after a single by Jonathan Lucroy with two outs, he connected off Luke Gregerson (2-2) into the seats in left field to put Texas up 4-2. It was the fifth career multi-home run game for Odor, who finished with three hits, and his second this season.

Nick Martinez allowed five hits and two runs in six innings. Jose Leclerc (1-1) pitched a scoreless seventh for the win and Matt Bush allowed one hit in 1 1/3 innings for his eighth save.

George Springer and Carlos Correa hit solo homers for the first-place Astros, who lost for the sixth time in eight games.