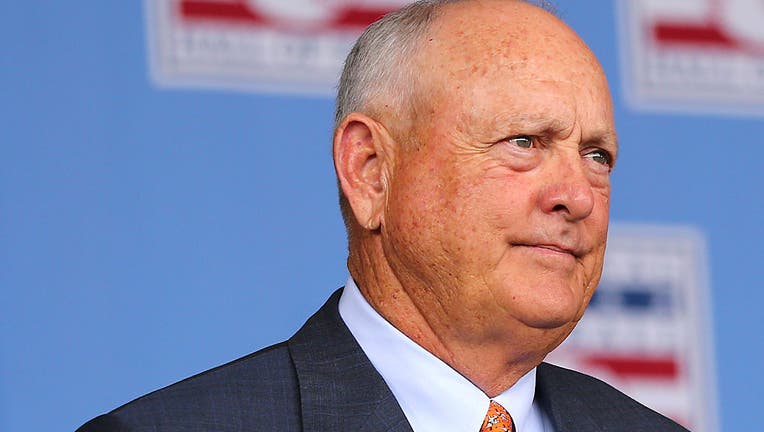 HOUSTON - Hall of Fame pitcher Nolan Ryan, who has served as an executive advisor to Astros owner Jim Crane, said in a text message he will not continue in that role with the organization.

“I will not be back with the club and will leave it at that,” Nolan Ryan said in a text message to FOX 26 Sports.

Nolan Ryan has been a special advisor to the owner since 2014.

“Nolan Ryan’s contract with the Astros as an executive advisor runs through Feb/2020,” Crane told FOX 26 in a text message. “If Nolan has decided to step down that is his decision. Nolan will always be welcome at Minute Maid Park and at any Astros-related activities.”

Jim Crane had announced earlier Thursday in a statement released by the team that Reid Ryan, who has been the team’s president of business operations, will remain in the organization, but in a new capacity as executive advisor, business relations.

Jim Crane also announced that his son, Jared, has joined the Astros leadership team and will assist him and his executive team in a broad variety of functions related to the operations of the Astros business.

The statement pointed out Jim Crane will continue overseeing all Astros operations.

“I want to personally thank Reid for his contributions over the past seven seasons,” Jim Crane said in the statement released by the Astros. “Reid has been a tremendous help in the business operations, and a great advocate for our fans, employees and partners. We look forward to his continued presence and support as we move forward. I am confident that our executive leadership team will continue to deliver on the great fan experience and customer service we have always been committed to.”

Jim Crane’s statement on Reid Ryan pointed out “with this new role, (Reid) Ryan will have more opportunities to focus on his other business ventures while remaining an important part of the Astros organization.”

In the statement released by the Astros Reid Ryan said: “Jim Crane has been a great owner for the city of Houston, and I thank him for the opportunity to lead the Houston Astros organization. Thank you to the many employees, fans and partners that have supported this team during my tenure as president. Baseball is about bringing joy to people’s lives and I take pride in knowing that we have made so many memories for our fans. While my role has changed, I will remain with the Astros and look forward to another great season in 2020.”