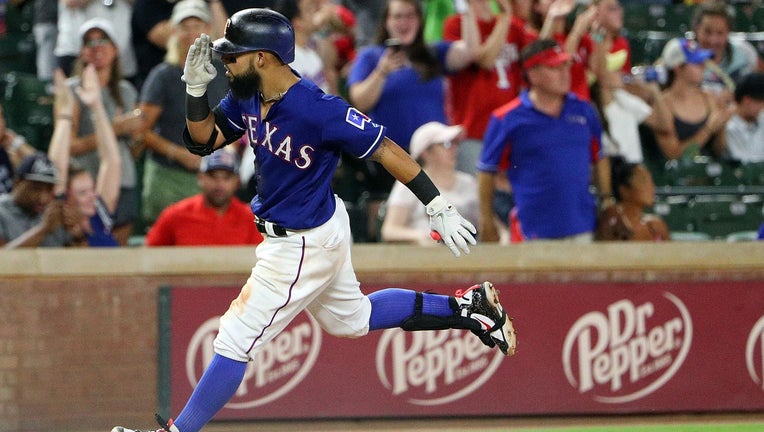 ARLINGTON, Texas - Rougned Odor, the Texas Rangers' starting second baseman the past seven seasons, has been told he won't be on the opening day roster after switching to third base this spring, the team said Monday.

President of baseball operations Jon Daniels said the Rangers don't have an everyday role for Odor. The 27-year-old infielder has two more seasons and $24.6 million left on his six-year contract, and a $3 million buyout for a $13.5 million team option in 2023.

"I think really what it came down to was we’ve made a decision, obviously a pretty clear direction looking towards the future. And playing him every day was not in our plans this year," Daniels said. "As we look forward, we think we’re going to have some younger players coming up. And we didn’t think it was in his best interest or our best interest to kind of force the issue into a bench role."

The Rangers didn’t immediately designate Odor for assignment, with the team exploring a possible trade before having to officially submit its roster prior to Thursday's season opener. Daniels said he wasn't necessarily expecting to find a fit for a trade, and that the team didn't ask Odor about going to the minor leagues.

Daniels said veteran infielders Brock Holt, who grew up a Rangers fan, and Charlie Culberson would both make the team after coming to camp as non-roster invitees. Nick Solak will be the starting second baseman.