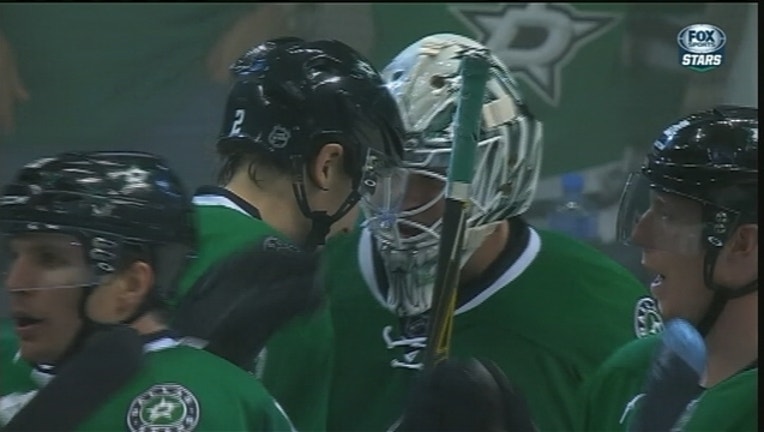 DALLAS (AP) — Antti Niemi recorded his 33rd career shutout and assisted on two goals in his Dallas debut, as the Stars beat the Pittsburgh Penguins 3-0 on Thursday night in the season opener for both.

Ales Hemsky had a power-play goal and an assist.

Rookie Matthias Janmark scored on his first shot on his first shift in an NHL game to make it 1-0. The Stars acquired Niemi and Janmark in trades earlier this year.

Niemi made 37 saves to improve his career record against the Penguins to 5-1-1. He withstood a flurry in the final minute after Pittsburgh pulled goalie Marc-Andre Fleury for an extra skater.