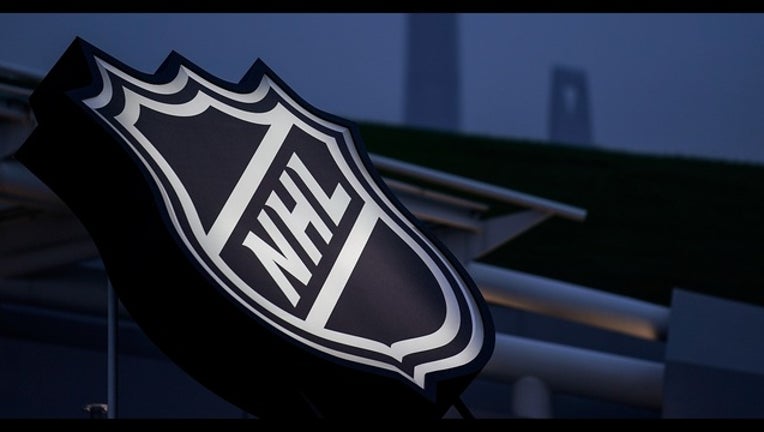 SEA ISLAND, Ga. (AP) - Seattle is getting a National Hockey League team. It will just have to wait a little bit longer to drop the puck.

The NHL Board of Governors unanimously approved adding Seattle as the league's 32nd franchise on Tuesday, with play set to begin in 2021 instead of 2020 to allow enough time for arena renovations. The as-yet unnamed franchise will be the Emerald City's first major winter sports team since the NBA's SuperSonics left town in 2008.

"Today is a day for celebration in a great city that adores and avidly supports its sports teams and for our 101-year-old sports league," Commissioner Gary Bettman said. "Expanding to Seattle makes the National Hockey League more balanced, even more whole and even more vibrant. A team in Seattle evens the number of teams in our two conferences, brings our geographic footprint into greater equilibrium and creates instant new rivalries out west, particularly between Seattle and Vancouver."

The announcement came a few moments after Seattle Mayor Jenny Durkan let the news slip at a watch party in Seattle, prompting cheers: "I got a call from a mole in the room and it was a unanimous vote. We're getting hockey."

The decision was widely expected after the Seattle Hockey Partners group impressed the board's executive committee in October with a plan that had all the ingredients the NHL was looking for. Strong ownership led by billionaire David Bonderman and producer Jerry Bruckheimer, a downtown arena in a sports-crazed city and a season-ticket drive that drummed up 10,000 orders in 12 minutes all cleared the way for the NHL to add another team less than three years after approving a franchise in Las Vegas.

Seattle Hockey President and CEO Tod Leiweke joked that he'd have to throw out some Seattle 2020 business cards because of the pushed-back timing. But all sides agreed 2021 was the best time to start.

"They've always felt that we should have a little more time to build the arena right," Bruckheimer said. "We wanted to bring it to 2020-21 because we want to get going right away, but it's not fair to the fans or to the players to not have a 100 percent finished arena when we start."

The owners will pay a $650 million expansion fee, up from the $500 million the Vegas Golden Knights paid to join the league just two years ago. Leiweke said arena renovations will cost $800 million and the addition of a state-of-the-art practice facility makes it a total investment of over $1.5 billion.

"(That's) a few bits of change which aren't around anymore," Bonderman said of the spending. "Seattle is one of my favorite cities and it's a pleasure to be here. If it was someplace else, I wouldn't have done it."

The NHL will also realign its two divisions in the West for the 2021-22 season: Seattle will play the Pacific, home to its closest geographic rivals like Vancouver, Calgary and San Jose, and the Arizona Coyotes will move to the Central Division.

"It was at the end of the day the simplest, most logical and least disruptive option we had available to us and I think it'll work well for the Coyotes," Deputy Commissioner Bill Daly said.

The remarkable debut by Vegas in 2017, which included a run to the Stanley Cup Final, gave the league more confidence about moving forward so quickly.

Seattle will benefit from the same expansion draft rules Vegas had. Its front office is expected to be led by Dave Tippett, a former coach who would lead the search for the club's first general manager and staff. Tippett signed on to the project because of a connection to Leiweke, a major force in delivering an NHL team to Seattle.

Leiweke got his start in hockey with the Minnesota Wild. He also worked in Vancouver and most recently helped build Tampa Bay into a powerhouse in the Eastern Conference. Leiweke left the Lightning in 2015 to become the COO of the NFL and didn't have any interest in leaving the league office until the project in Seattle began to gain traction.

Leiweke's job will be to capitalize on a market whose demographics have changed significantly since he left the NFL's Seahawks in 2010 after being largely responsible for the team hiring coach Pete Carroll. Seattle is the largest market in the country without a winter pro sports franchise and has seen an influx of wealth in recent years. Even when he was running the Seahawks, Leiweke believed Seattle was ripe for the NHL and the response to the season-ticket drive only strengthened that belief.

"I woke up today thinking about the fans," Leiweke said. "What did they feel on March 1 when they put down deposits without knowing anything? No team name, an ownership group they didn't know very well, a building plan that was back then somewhat defined but fairly vague. Today is a great day for the fans and we owe them so much. That's why today happened."

The NHL's launch in Seattle will show how starved fans are for another team. Basketball is embedded in the DNA of the region thanks to 41 years of the SuperSonics and a lengthy history of producing NBA talent. When the rain of the fall and winter drive young athletes inside, they grab a basketball and head for the nearest gym to play pickup games. Basketball courts and coffee shops seem to be on every corner, but ice rinks are scarce.

A lot about Seattle is different from 2008, when the Sonics moved to Oklahoma City. The skyline is filled with construction cranes. Amazon has taken over an entire section of the city, joined nearby by satellite offices of Google and Facebook. The amount of wealth now in the Seattle market is part of the reason Tim Leiweke, Tod's older brother and the CEO of event facilities giant Oak View Group, has regularly calls the city one of the most enticing expansion opportunities in pro sports history.

Seattle has become a city of transplants due to the booming local economy. A hockey franchise would provide those newcomers a team to rally around, much like what happened when the Sounders of Major League Soccer arrived in 2009 - the last team added to the city's sport landscape. The Sonics were the first, joining the NBA in 1967, followed by the arrival of the Seahawks in 1976 and Mariners in 1977 after construction of the Kingdome.

There have been several attempts at solving Seattle's arena issues and landing either an NHL or NBA team in the years since the Sonics left, but none had the support of the city or the private money attached until now. Asked Tuesday about possibly adding an NBA team, Bonderman responded: "One miracle at a time."

While Seattle basks in the news, it's not clear the NHL will be satisfied at 32 teams even with the new team providing balance between the conferences and a natural, cross-border rival for the Vancouver Canucks. Daly said recently that there's no magic number, even though no major North American sports league has ever grown beyond 32 teams. Houston, Quebec City and Toronto have all been touted as possible new homes someday, but they'll also have to wait.

"We're not looking right now and I think for the foreseeable future at any further expansion," Bettman said.