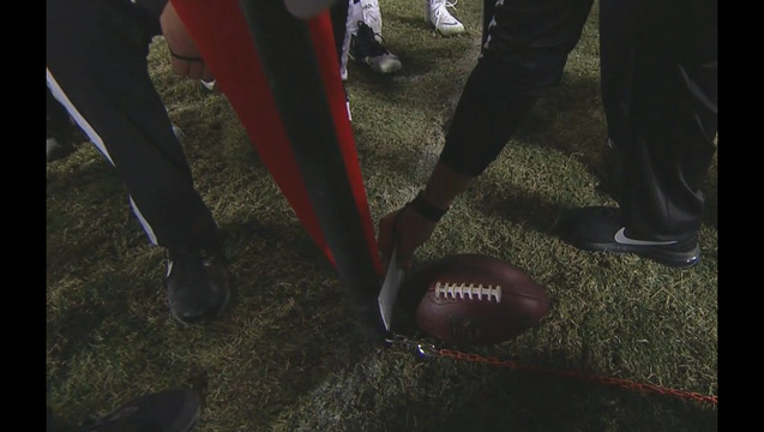 NEW YORK (AP) - The NFL has told its officials not to use index cards or any other paper to aid in measurements.

In Sunday night's Cowboys-Raiders game, veteran referee Gene Steratore tried to slide what appeared to be an index card between the tip of the ball and the end of the chain while measuring for a first down. When the card didn't slide through, Steratore signaled a first down for Dallas. He said he had decided it was a first down before the odd measurement.

"Using a piece of paper, that's very unusual," Riveron said. "The last time I saw it done was four to five years ago. That is not the norm. Gene made the decision strictly on visual affirmation that the ball made the line to gain.

"I will advise them not to use it again," added Riveron, who replaced Dean Blandino this season. "I have already done that."