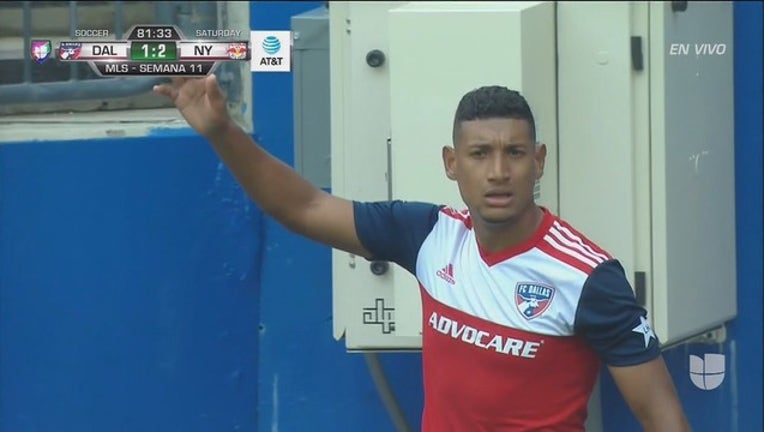 FRISCO, Texas (AP) - Sean Nealis and Brian White scored in the second half to help the New York Red Bulls pull away from FC Dallas for a 3-1 win on Saturday.

The Red Bulls (4-5-2) took a 2-1 lead in the 58th minute when Nealis redirected Michael Murillo's blast with a header into the far corner.

FC Dallas (5-4-2) pushed forward in the final 20 minutes, and New York goalkeeper Ryan Meara made a diving save of Zdenek Ondrasek's left-footed shot in the 71st minute.

White capped the scoring in the 85th minute, settling Omir Fernandez's short pass and slotting it past goalkeeper Jesse González.

Cristian Cásseres Jr. gave the Red Bulls the lead in the 12th minute with a strike from the middle of the penalty arc.