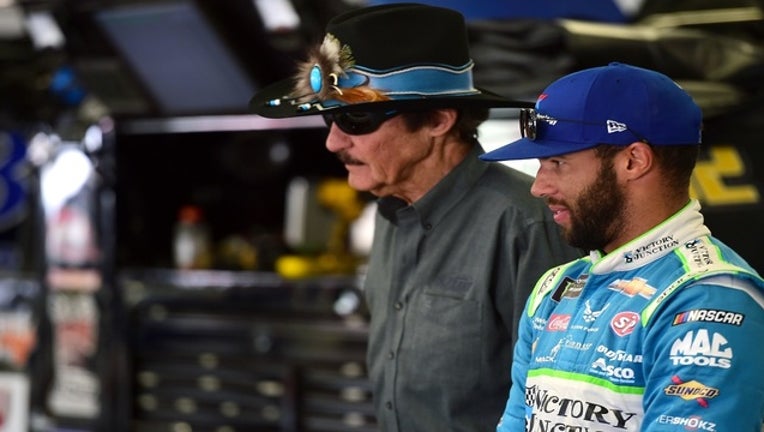 NASCAR driver Darrell "Bubba" Wallace might have bitten off more than he can chew, after he took to Twitter and started a retweet challenge.

Wallace said on Twitter, that if a photo of him that showed him getting his armed signed by Richard Petty got 43,000 retweets, he would get the autograph tattooed.

The tweet got plenty of attention, even Dale Earnhart Jr. took notice and tweeted at Wallace after he clarified that the retweet number had to be reached within 24 hours.

On Thursday morning, Wallace's tweet had reached the 43,000 mark.

Wallace tweeted out a screenshot of an email showing that Petty would go with him to get the tattoo but Petty made it clear that would personally not be getting tattooed.