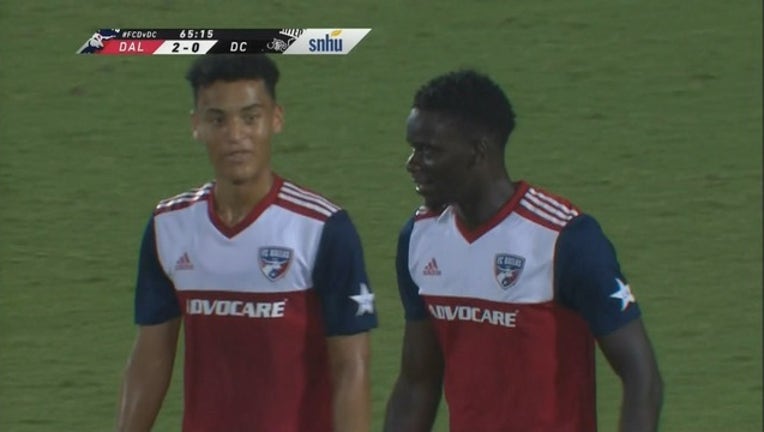 Mosquera opened the scoring in the sixth minute with his first goal of the season. After D.C. United's Bill Hamid saved Brandon Servania's long-distance shot, Ryan Hollingshead crossed it back into the area, Bressan redirected it with a header and Mosquera kneed it home.

Badji scored from close range off the rebound of Mosquera's saved attempt to make it 2-0 for FC Dallas (8-7-5) in the 65th minute.

Wayne Rooney was shown red for an airborne challenge from behind, but referee Nima Saghafi changed it to yellow in the 33rd minute after video review. D.C. United (8-5-7) went down a man in the 73rd when Luciano Acosta stepped on Paxton Pomykal.