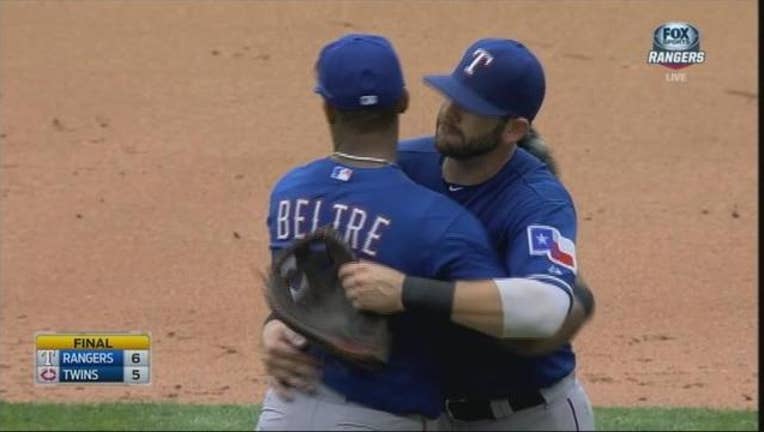 MINNEAPOLIS (AP) — Mitch Moreland drove in four runs on a career-high four hits, including a two-run homer to help the Texas Rangers avoid a sweep at Minnesota and rally past the Twins for a 6-5 victory Thursday.

Elvis Andrus hit the go-ahead sacrifice fly in the eighth inning against Casey Fien (2-5) after Adrian Beltre and Moreland started the frame with singles.

Twins starter Ervin Santana squandered a 4-0 lead, thanks to the towering two-run shot by Moreland in the fourth and a two-run, go-ahead double by the first baseman in the fifth. Prince Fielder's RBI single came right before that.

Keone Kela (6-5) got four outs for the victory. Shawn Tolleson pitched a perfect ninth for his 21st save in 22 tries.