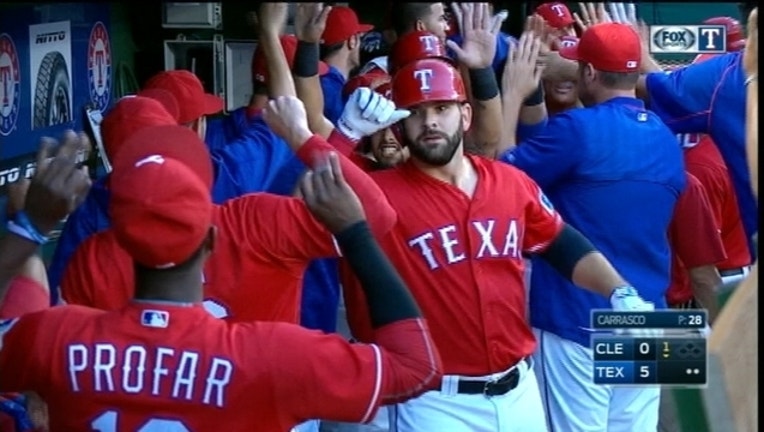 Carlos Carrasco (9-7) allowed seven runs — four unearned in the first — and eight hits in four innings while striking out eight. He went into the game with a 1.74 road ERA this season, the best in the majors.

Ian Desmond and Carlos Beltran singled with one out and moved up a base on Carrasco's balk. On Adrian Beltre's sharp grounder to third, Desmond dove back and beat Jose Ramirez's tag to load the bases. Rougned Odor's hard grounder to first bounced off Carlos Santana's glove for a run-scoring error and Moreland followed with his second career slam.