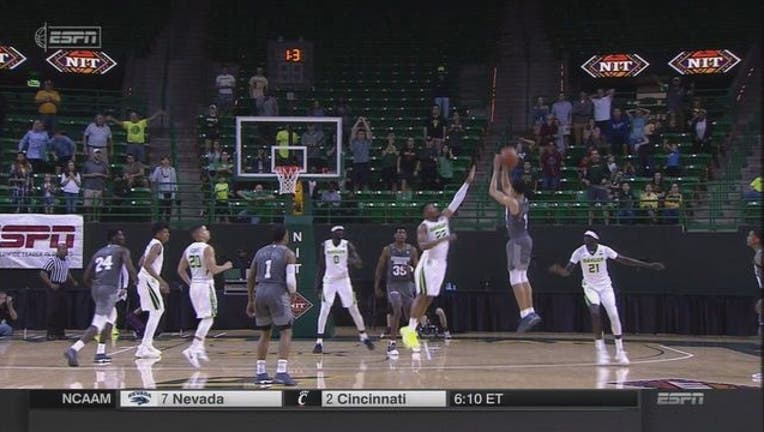 WACO, Texas (AP) - Quinndary Weatherspoon got a friendly bounce off the rim on a 3-pointer at the buzzer to lift Mississippi State over Baylor 78-77 on Sunday in the second round of the NIT.

Aric Holman's blocked shot led to a fast break and Weatherspoon sank a 3-pointer to pull to 71-70. Terry Maston answered with a baseline jumper and banked in a shot on Baylor's next possession to make it 75-72.

After a timeout, Lamar Peters found Tyson Carter open in the corner for a 3-pointer to tie it at 75-all at 34.8. Manu Lecomte worked the clock down, drove the lane and made a contested floater off the glass with 5.1 remaining. Weatherspoon inbounded it and Peters found him trailing the play for a 3.

Carter led Mississippi State (24-11) with five 3-pointers and 19 points. Weatherspoon finished with 13 points and Peters had nine points and 10 assists.

Lual-Acuil gave Baylor its first lead of the game, 58-57, on a put-back dunk to cap a 17-2 third-quarter run and the Bears led by nine points midway through the fourth.