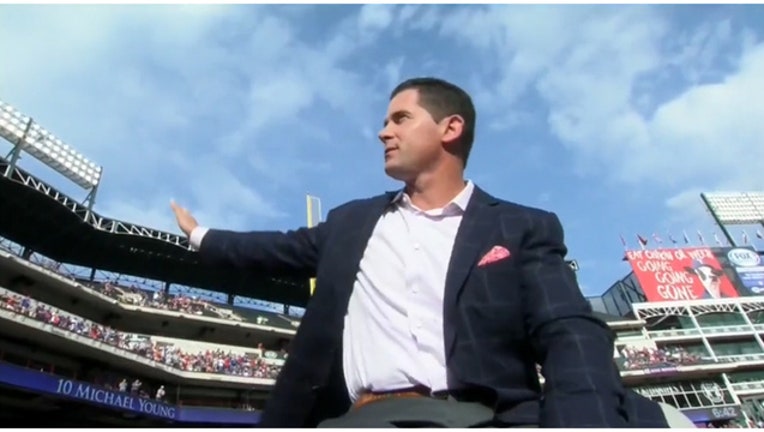 A former Rangers fan favorite is heading into the team’s Hall of Fame.

The team announced Friday that former infielder Michael Young has been selected to the Texas Rangers Baseball Hall of Fame. He will be inducted in a pre-game ceremony at 6:45 p.m. on July 30 at Globe Life Park.

He started at all four infield positions for the Rangers during his career and won a Gold Glove at shortstop in 2008.

Young has served as Special Assistant to the General Manager for the Rangers since November 2014.