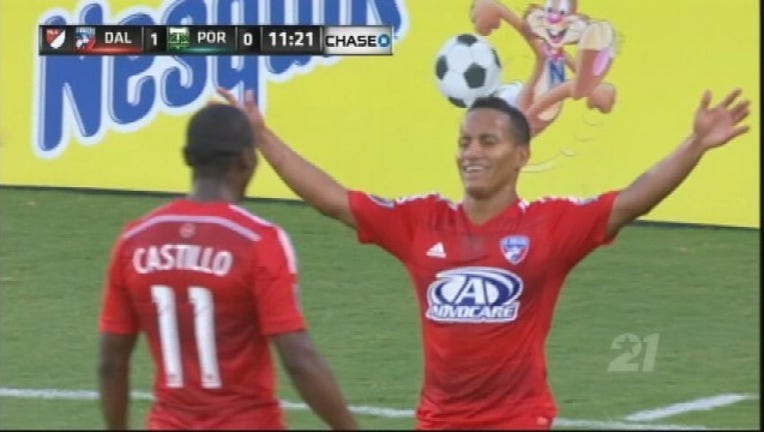 Barrios, who came into the match with one career MLS goal, opened the scoring from the right corner of the 6-yard box in the 12th minute.

Kellyn Acosta and Mauro Diaz scored in the 69th and 87th, respectively, - the latter on a penalty kick - to give Dallas a 4-0 advantage.

Fanendo Adi's penalty kick, after Lucas Melano drew a foul, in stoppage time gave Portland (9-8-5) its first road goal in MLS action since a 2-1 win over Colorado on May 30.