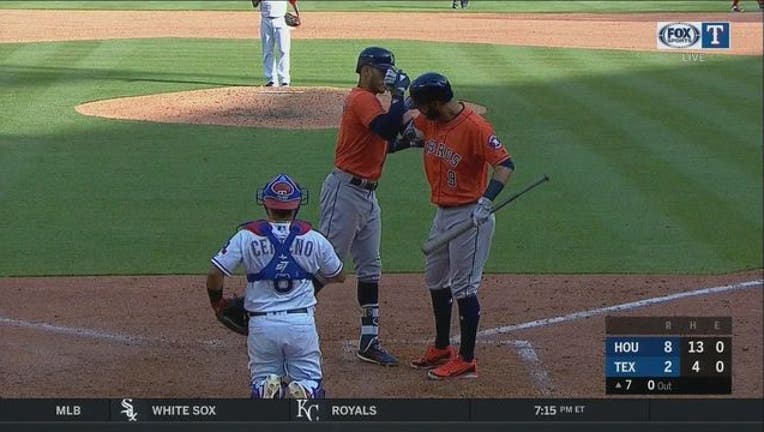 McCullers (1-0) was one short of his career high in strikeouts. It was the seventh time he has fanned 10.

Houston took a 3-0 lead in the second. Evan Gattis led off with a double and scored when Brian McCann's popup fell in front of right fielder Nomar Mazara for a single. Marisnick followed with his homer.

Doubles by Correa and Marwin Gonzalez gave the Astros a run in the third. Gonzalez drove in another run with a sacrifice fly in the fifth.

George Springer added an RBI double in the sixth and Correa homered in the seventh.

Astros: 1B Yuli Gurriel, recovering from surgery on his left hand, had eight at-bats in a minor league spring training game on Saturday. "He'll do it again (Sunday) and again on Monday, and then we'll have to evaluate what Tuesday looks like," manager A.J. Hinch said. When Gurriel is ready to play, he'll serve a five-game suspension for a racially insensitive gesture during the 2017 World Series.

Rangers: CF Delino DeShields went on the 10-day disabled list with a fractured left hamate bone and is expected to miss 4-6 weeks.