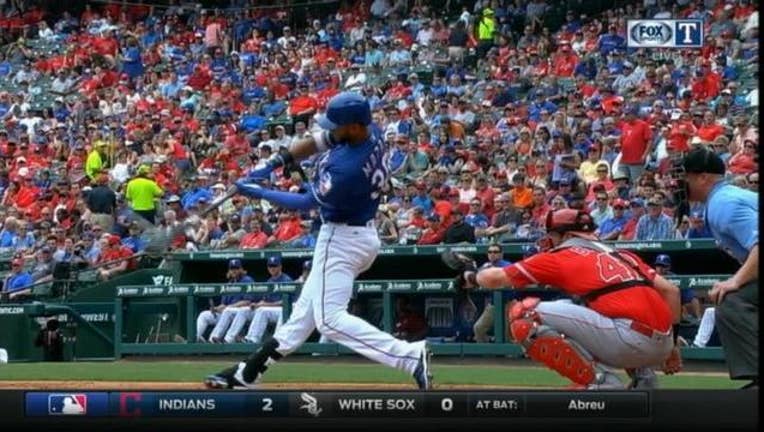 Mazara led off the second with a drive into the second deck of the right-seat seats that would have traveled 491 feet had it landed unimpeded, according to Major League Baseball's Statcast program. Along with his eighth homer of the season, he had a two-run single during a four-run sixth that made it 11-6.

Los Angeles had leads of 1-0 and 4-1 after its first two at-bats, but Hector Santiago (3-3) quickly gave those up each time. It was 4-4 when Texas started the third with consecutive hits off the lefty before Ryan Rua greeted Mike Morin with a two-run single that put the Rangers ahead to stay.