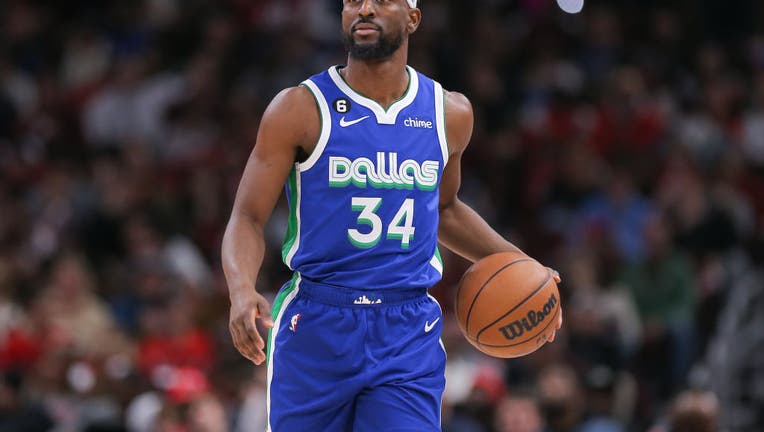 CHICAGO, IL - DECEMBER 10: Dallas Mavericks Guard Kemba Walker (34) brings the ball up court during a NBA game between the Dallas Mavericks and the Chicago Bulls on December 10, 2022 at the United Center in Chicago, IL. (Photo by Melissa Tamez/Icon S

Walker signed in November after going the first six weeks without a team coming off a season with the New York Knicks.

The 32-year-old Walker has been plagued by knee issues in recent years. He scored 32 points while playing 42 minutes in an overtime loss to Cleveland but ended up missing two games not long after for injury recovery.

Walker scored in double figures just one other time and played more than 10 minutes once in his final seven games with Dallas. He averaged eight points and 16 minutes in nine games.

Hardy, who skipped college to play in the G League before the Mavs traded into the second round of last year's draft to get him, scored 15 points in the second half of Thursday's 124-95 loss to Boston.

The 20-year-old Hardy has shuttled between the Mavs and their G League affiliate this season. He could see more playing time as Dallas awaits the return of Dorian Finney-Smith and Josh Green.

Finney-Smith has missed eight games with a right adductor strain. Green has been sidelined 14 games by a right elbow sprain.