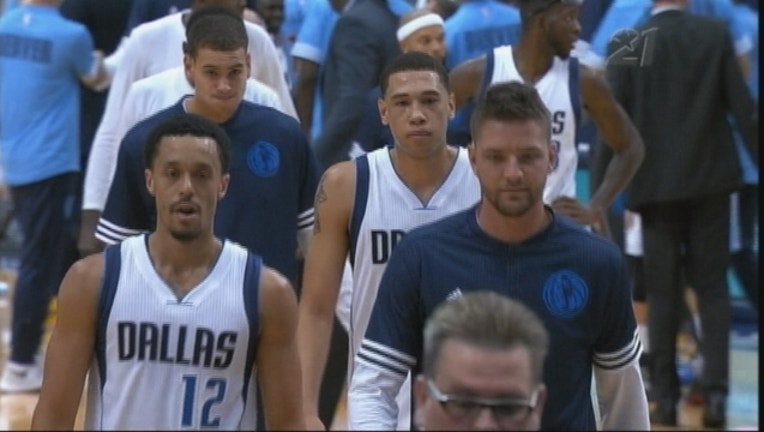 DALLAS (AP) — Dirk Nowitzki and the Mavericks were jilted by DeAndre Jordan in free agency and aren't sure when all their projected starters will play together for the first time in the difficult Western Conference.

It's not exactly the formula Dallas wanted as it tries to win its first playoff series since the franchise's only championship in 2011. It also doesn't do anything to change the 37-year-old Nowitzki's expectations going into his 18th season.

"This franchise always prides itself in winning and making the playoffs," Nowitzki said. "And that's got to be the goal. No matter who goes out there, no matter who makes the team, we're going to play the right way. We've got some figuring out to do, obviously."

Starting with the availability of free agent shooting guard Wesley Matthews, the best Dallas could do after Jordan stayed with the Clippers, and forward Chandler Parsons, the disappointed chief recruiter of Jordan who is going into his second season with the Mavericks.

Matthews ruptured his left Achilles tendon against the Mavericks last March when he was with Portland, but owner Mark Cuban still bumped his contract up to a maximum deal at four years and $70 million after Jordan bailed on Dallas. He's just now starting to get five-on-five work in practice and is likely weeks away from playing.

Parsons had surgery shortly after the season on a right knee that kept him out of all but the opener in a five-game loss to Houston, his former team, in the first round of the playoffs. He's likely to return before Matthews.

Along with a cautious approach on the tender calves of new point guard Deron Williams and trying to take it easy on Nowitzki after he played for his German national team over the summer, the Mavericks will try to win while being preoccupied with health early in the season.

"Our health situation is going to be one of the question marks, but things have moved in a very good direction both with Parsons and Matthews through the entire summer with no setbacks at all," coach Rick Carlisle said. "When they're ready, they'll be ready."

Things to consider with Carlisle two victories from surpassing Don Nelson atop the team's coaching victories list, and going into the final year of his contract:

HOMECOMING: Williams joined Dallas after Brooklyn bought out the final two of years of a five-year contract he signed when he decided to stick with the Nets rather than jump to the hometown Mavericks in 2012. He's not considered the elite point guard he was then, but he was a decent pick-me-up for the franchise not long after Jordan's stunning reversal. He battled ankle injuries and the perception that he was unhappy and lacked confidence with the Nets.

"I just got to get out of that rut that I was in the last couple years mentally, and I look forward to this situation," said Williams, who was a high school star in the Dallas suburb of The Colony.

THE JORDAN VOID: The Mavericks figured on having a new starting center for the sixth straight year after the second departure of Tyson Chandler, who quickly settled on Phoenix while Dallas was still pursuing Jordan. Zaza Pachulia came in a trade with Milwaukee after Jordan decided to stay with the Los Angeles Clippers, and Samuel Dalembert is returning after spending 2013-14 with the Mavericks. Oft-injured JaVale McGee could be another option.

CAMP COMPETITION: Another product of Jordan's decision was Cuban's declaration that the Mavericks would get younger by bringing in several players to challenge for roster spots in camp. So Dallas has 20 players with some form of guaranteed money — five more than a roster allows. "It's probably the most competitive NBA training camp I've seen," Carlisle said.

DON'T FORGET THESE GUYS: Guards Devin Harris and J.J. Barea, both in their second stints with the Mavericks, played prominent roles last season. Harris is likely to play off the ball frequently, which means Barea figures to be the primary backup to Williams. But Parsons will play the point some when he's healthy. "The way the game is evolving, it's less about who plays exactly what position and more that they're a basketball player and that they belong on the floor," Carlisle said.

HEY, ROOKIE: First-round pick Justin Anderson should get plenty of playing time while Matthews is sidelined. The Mavericks hope he can be a physical shooting guard coming out of Virginia, Carlisle's alma mater.