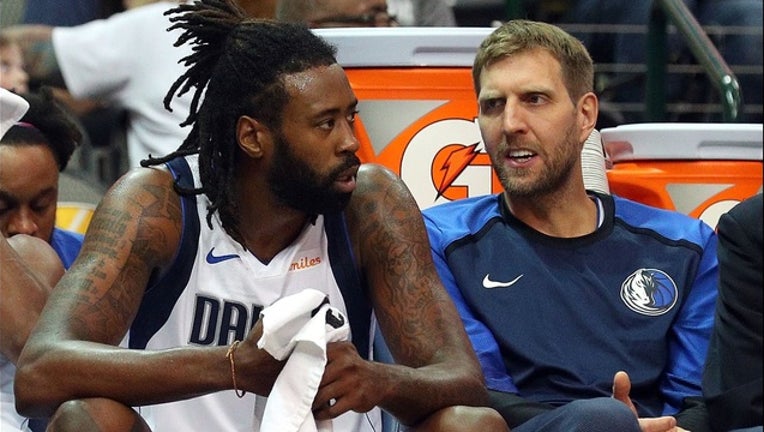 DeAndre Jordan #6 and Dirk Nowitzki #41 of the Dallas Mavericks talk on the bench during a preseason game against the Beijing Ducks at American Airlines Center on September 29, 2018 in Dallas, Texas. (Photo by Richard Rodriguez/Getty Images)

Jordan and fellow starter Harrison Barnes stayed behind when the team left for China this week. Barnes injured a hamstring in practice and could miss all the preseason games.

The 30-year-old Jordan joined the Mavericks this year, three years after agreeing to sign with them in free agency and changing his mind before contracts could be signed. He came to Dallas after opting out of the final season of that contract he signed to stay with the Los Angeles Clippers.