The Dallas Mavericks and the rest of the NBA are packing up and heading to Florida. The league is ready to restart its season.

DALLAS - NBA teams are traveling to Orlando and hoping to stay healthy inside the Disney World bubble.

Dallas Mavericks head coach Rick Carlisle said even though COVID-19 is surging in Florida, the place where the Mavs are going should be very safe due to the amount of testing and other precautions that are being taken.

The Mavs are scheduled to board a plane Wednesday morning for Orlando and travel to the ESPN Wide World of Sports Complex to restart the season.

The team has spent the past few weeks going through individual workouts at their practice facility in the Dallas Design District.

They’re going into the so-called bubble as the seventh-best team in the Western Conference. The top eight from each conference will make the playoffs. 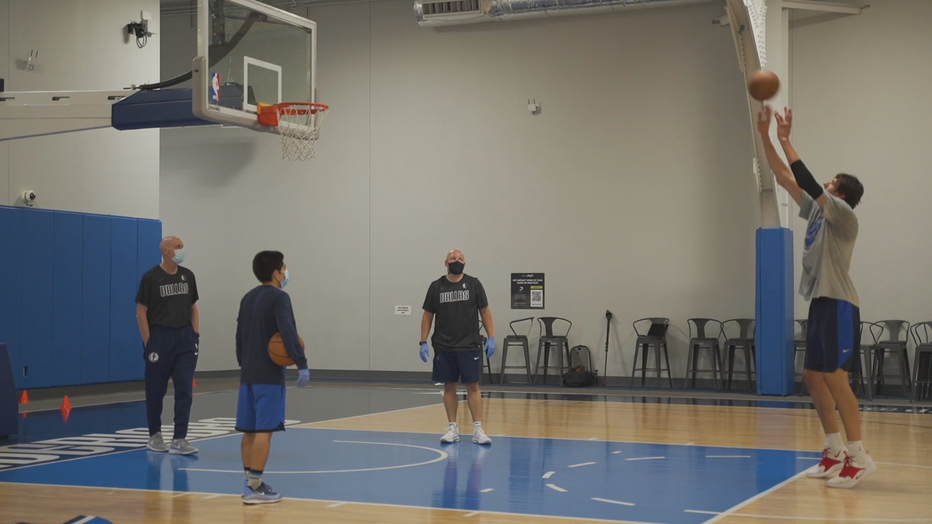 Coach Carlisle said the feels like his team is ready for what lies ahead.

“Our players have done a great job of working on their individual conditioning with individual workouts with the coaches on a one-to-one basis,” he said.

The NBA went on hiatus back in March due to the coronavirus.

The 22 teams making the trip to Orlando will finish out the regular season with an eight-game schedule to determine the seeding for the playoffs. Then the postseason will begin.

“This is an extraordinary endeavor. No one was ever done what we’re going to do and attempted to do as a league in Orlando. So we look forward to it. It truly is historic,” Carlisle said.

If all goes to plan, the Mavs’ first game will be on July 31 against the Houston Rockets.

The NBA finals are set to finish no later than Oct. 12.

Fans will have to follow the games on television. No spectators will be in the seats when the NBA resumes play.