Dallas Mavs hope to close out series with Game 6 win

The Dallas Mavericks are trying to do something they have not done in 11 years -- win a playoff series. FOX 4's Brandon Todd has a look at what's at state tonight.

DALLAS - The Dallas Mavs could wrap up their first round NBA playoff series with a win Thursday night.

Dallas leads the best of seven game series against the Utah Jazz 3-2.

They’re hoping to carry momentum from Monday’s blowout win at home. The team held Utah to a shooting percentage of only 37% overall, including 3 of 30 from deep. 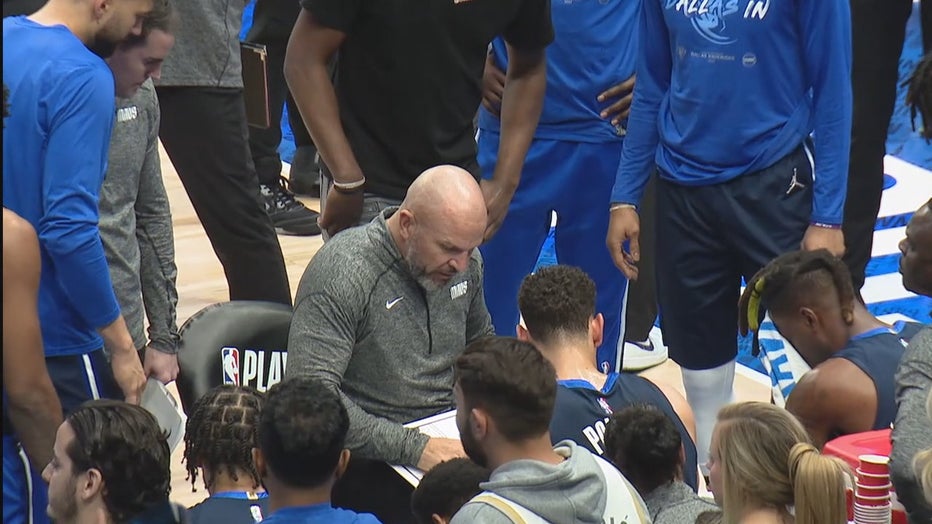 "We didn’t give them as many free throws. We played with better pace on defense too, not just on offense," said Mavs forward Maxi Kleber. "We read the situations good, so they didn’t have as many attacks to the basket, open layups and foul trouble stuff like that."

But Utah is a tough place to play, and the Mavs have only won one game there in the last six years.

Head Coach Jason Kidd said the clinching game of a playoff series is always the most difficult.

"It’s not easy, you know, to close out a series. You’re never guaranteed to win and we saw that in the last 40 seconds of Game 4," Coach Kidd said.

If Utah wins, a winner-take-all Game 7 will be held Saturday at the American Airlines Center.

The team hasn’t moved on to the second round of the playoffs in 11 years.