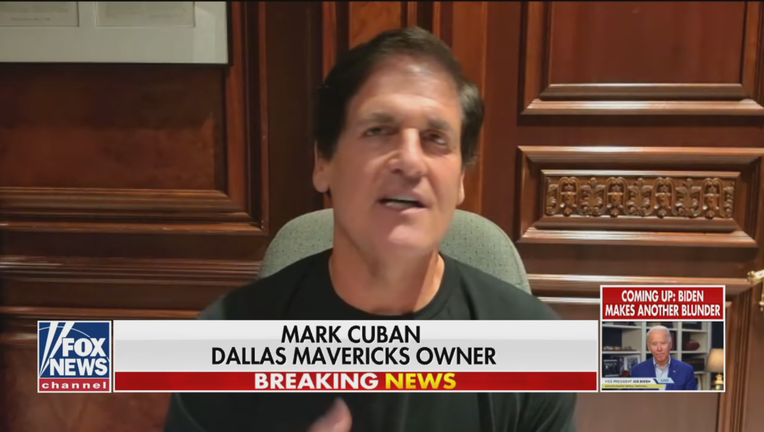 “We’ve played games outside before so you’re in the right direction there. It’s obviously a lot safer to do it outside. I’m not as big of a fan of temperature checks because if you just eat three quick extra strength Tylenol you can beat those tests. But we’re getting to that point where we’re going to be able to do some testing and hopefully be able to play games. I don’t think we’re ready for fans yet but let’s take that first step,” he said.

The NBA has not played a game outside since 2010 when the Mavericks and Phoenix Suns met in a preseason game.

When games do resume with fans in home arenas, Cuban believes there will be restrictions on seating.

“When we get to where we can have fans, we can quarantine group people together. Right? So if you’re a family, the Hannity family comes together. We don’t need to put seats between all of them,” he said.

The NBA is now allowing players to practice. The Mavs have yet to do so as a team.

Teams expect Commissioner Adam Silver to issue guidelines on June 1 that allow them to start recalling players who left the area during the pandemic.

If there are no complications related to COVID-19, teams could take part in training camp at the end of June.

The NBA hopes to resume its season in late July with games in Las Vegas or Orlando.