The Dallas Mavericks formally announced the signing of Luka Doncic to a huge contract extension. The team streamed the event live from Doncic's hometown in Slovenia.

He signed a contract extension for the maximum amount allowed for an NBA player coming off his rookie deal.

Doncic was all smiles Tuesday morning in his hometown of Slovenia surrounded by owner Mark Cuban, Coach Jason Kidd and Dirk Nowitzki, who now works for the team.

The Mavs tweeted out a picture of him signing the deal. His agent confirmed it will be a five-year contract for the 22-year-old phenom.

The supermax extension is worth $207 million, the highest amount allowed by the league.

In Doncic’s case, he qualified for the supermax distinction because he was voted First Team All NBA twice.

At Tuesday morning’s signing news conference, Doncic said he was thankful to the Mavericks fans and the team. 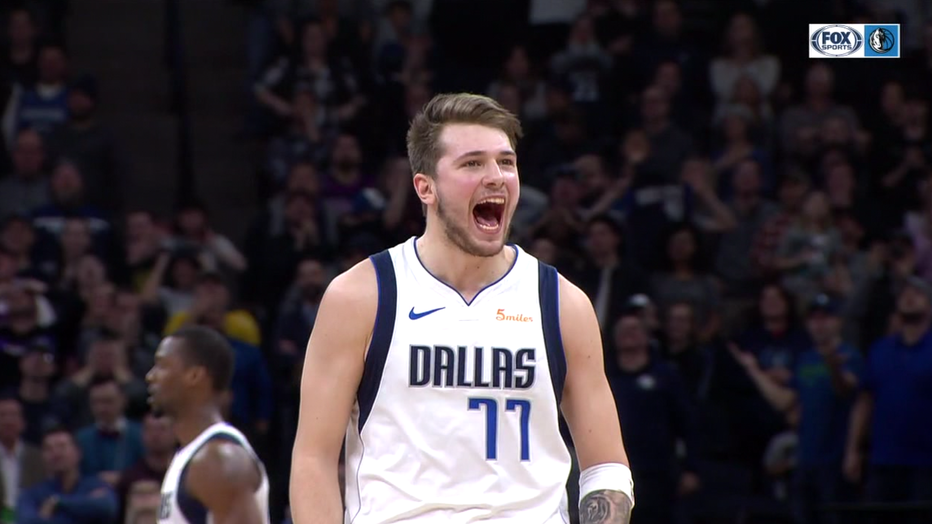 "I know we've made some great moves in free agency, but I think one of the most important things to win is chemistry that the team has off the court. For example, with Slovenia, we had amazing chemistry the whole time, and I think that led to us winning games. And I think that's what need in Dallas," the Mavs guard said.

"I'm proud of Luka. You know, I've seen when he first came in the pressure that was on him and the way he dealt with it, how hard he worked, how he recognized that it was always about the team winning and that was what was most important to him," Cuban said.

The big money deal comes less than a week after Doncic led Slovenia to its first Olympic appearance and fourth place finish in Tokyo.

Doncic also said with his new contract and all this extra money he’ll be expanding the Luka Doncic Foundation so he can give back.

He’ll start by building two basketball courts in Solvenia and refurbishing the old courts he used to play on. He said it’ll give kids the opportunity to play on the same courts and potentially pursue the same career path.