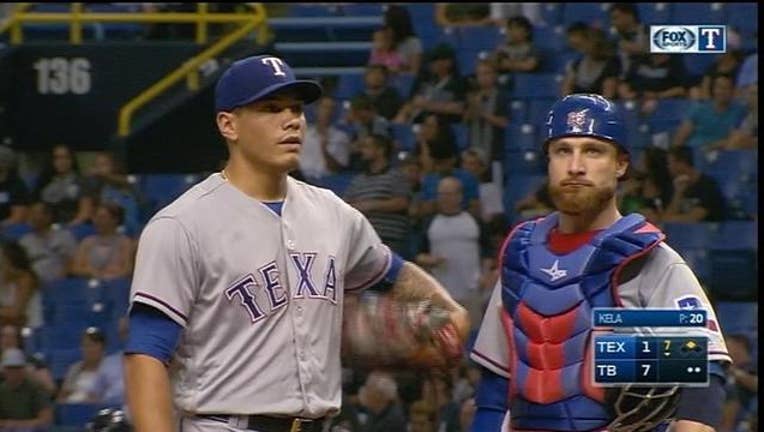 Adrian Beltre and Elvis Andrus had two hits each for the Rangers, who entered the day with a seven-game lead in the AL West.

The Rays scored in each of the first two innings off starter A.J. Griffin (5-3). Matt Duffy drove in a run with a two-out single in the first, and Maile made it 2-0 with his first career home run in the second. Longoria's 28th homer made it 3-0 in the sixth.

Brad Miller had a three-run double in the seventh for Tampa Bay off reliever Keone Kela.