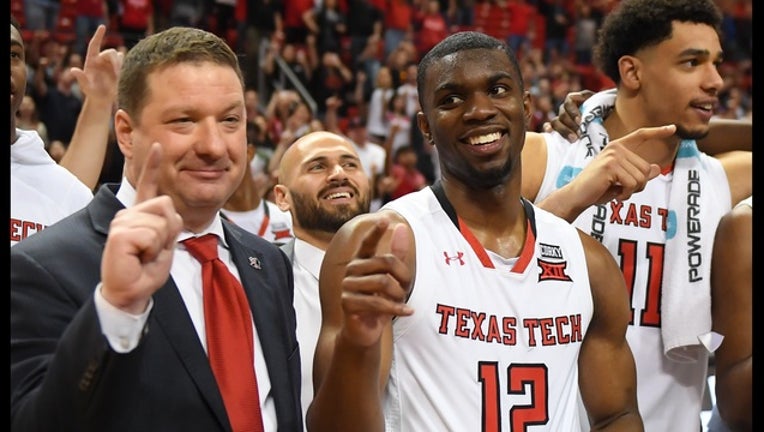 BOTTOM LINE: Coach Chris Beard has Texas Tech positioned for its first Sweet 16 run since he was an assistant under Bob Knight in 2005. The Red Raiders haven't won an NCAA Tournament game in two appearances since then. Stephen F. Austin has two NCAA wins since Tech's most recent victory, including a 14-point win over West Virginia as a 14 seed two years ago. The Lumberjacks have at least 28 wins four of the past five seasons.

EVANS' FOOT: Leading scorer Keenan Evans was limited late in the season by a foot injury, which started a four-game losing streak that knocked Texas Tech out of first place in the Big 12. Evans' first game back in double figures led to the first win since the injury, and he was back over 30 minutes in both Big 12 Tournament games. "I would say it helped us in a way of coming together, people having to step up and take bigger roles," said Evans, a senior from the Dallas area.

WITHOUT WALKUP: Thomas Walkup was the star of SFA's run two years ago, scoring 33 points in the win over the Mountaineers before the Lumberjacks lost to Notre Dame by a point in their bid for the Sweet 16. Now, the leading scorer, Shannon Bogues (15.4 ppg), comes off the bench. TJ Holyfield was the Southland tournament MVP with a pair of double-doubles, including 13 points and 12 rebounds in a win over top-seeded Southeastern Louisiana. Ty Charles is one of five SFA players with 100 career wins.

HOMECOMING OR HOME COURT? There should be plenty of red in the crowd since Dallas is one of the strongest alumni bases for Texas Tech and its fans have been energized by the sudden success in Beard's second season. But don't discount SFA purple with the recent NCAA success of the Lumberjacks. "I feel like it's a homecoming, but I wouldn't consider it a home game," said Texas Tech freshman Zhaire Smith, who went to high school in nearby Garland.