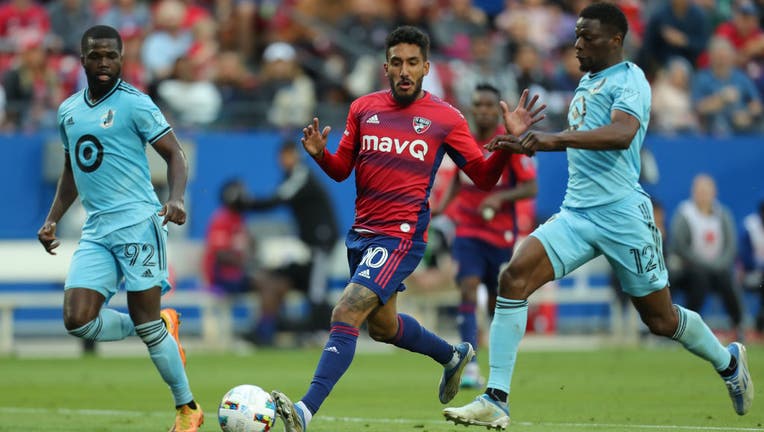 FRISCO, TX - MAY 22: Jesus Ferreira #10 of FC Dallas and Bakaye Dibassy #12 of Minnesota FC battle for the ball during the MLS game between FC Dallas and Minnesota United FC at Toyota Stadium on May 22, 2022 in Frisco, Texas. (Photo by Omar Vega/Gett

FRISCO, Texas - Robin Lod and DJ Taylor each scored a goal and Minnesota United held off FC Dallas 2-1 on Sunday.

Off-season acquisition Paul Arriola quickly answered with his fifth goal of the season for Dallas (6-3-4), scoring in the 59th minute to cut the deficit in half.

Lod tops Minnesota's all-time goals list with 22 and has scored a goal in three straight matches.

Dallas outshot Minnesota 13-4 but had just two shots on goal.