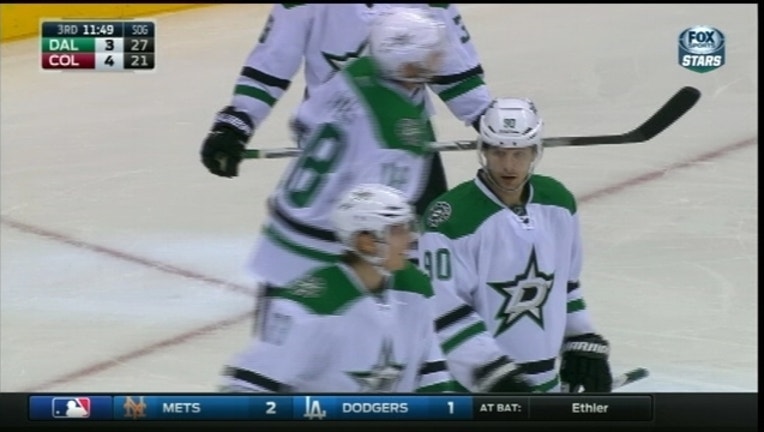 DENVER (AP) — Gabriel Landeskog scored twice in the third period, one 47 seconds after John Mitchell's tiebreaking goal, and the Colorado Avalanche rallied to beat the Dallas Stars 6-3 on Saturday night.

Nathan MacKinnon had a goal and two assists, and Jarome Iginla and Erik Johnson also had goals for Colorado, which shook off a disappointing 5-4 loss to Minnesota on Thursday night.

Cody Eakin had two goals and Mattias Janmark had his second tally in as many games for Dallas. Antti Niemi stopped 22 of 28 shots after his 37-save shutout of Pittsburgh on Thursday night.

With the game time at 3, Mitchell beat Niemi from the left circle at 8:11 to give Colorado its first lead of the game. Landeskog scored at 8:58 to give the Avalanche a 5-3 advantage.

Landeskog iced it with his second of the game and third of the season. He also had two assists.

Semyon Varlamov made 30 saves for Colorado.