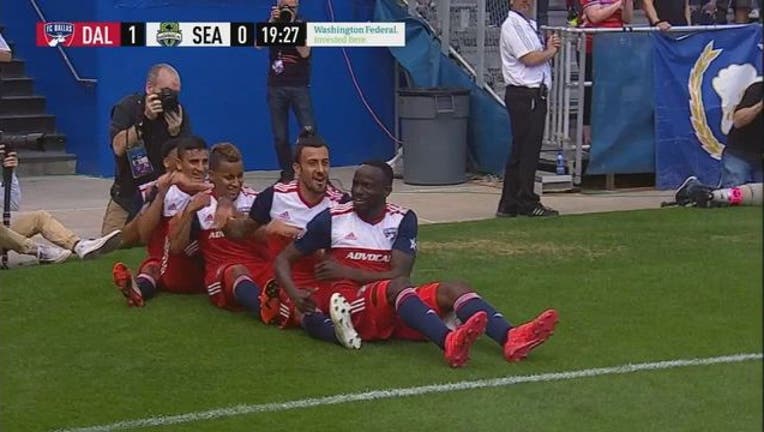 Lamah opened the scoring in the 20th minute. Mauro Diaz sent a well-placed through ball to Michael Barrios, who got past the defense to the corner of the 6-yard box and rolled it in front of the goal for an easy finish by Lamah.

Urruti made it 2-0 in the 58th minute by bending a shot around Stefan Frei on a breakaway shot from distance. Lamah chipped it over Frei five minutes later after a nice give-and-go with Anton Nedyalkov.

Seattle (0-2-0) was reduced to 10-men in the 37th minute after officials reviewed a video showing Clint Dempsey's elbow making contact with Jacori Hayes. Dempsey will be suspended for the Sounders' next MLS match against the Montreal Impact on Saturday, March 31.