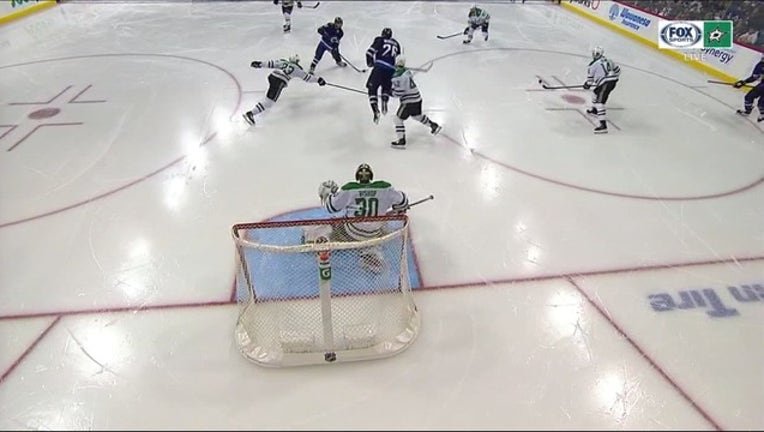 "Nothing's really changed too much from my game," Connor said. "I thought I was a little quicker tonight, played with lots of speed."

The Jets rebounded from a 4-0 loss to Pittsburgh on Friday night.

Alexander Radulov had a power-play goal for the Stars. They lost for the first time in regulation in their last six games (4-1-1).

"I think it's only going to get harder," Dallas coach Jim Montgomery said. "The intensity in the second half is going to pick up and you know that's one of our better road games of the year and we still didn't come out on top. So you know we still got to keep staying with it and get better."

After Lowry was called for goaltender interference, John Klingberg's shot from the point went in off Radulov at 1:56 of the second.

Radulov has a goal and five assists during a three-game points streak. Tyler Seguin was credited with the second assist for his 300th NHL assist. He extended his points streak to five games, with four goals and three assists.

Lowry got some satisfaction exactly a minute later with the equalizer after getting his own rebound and firing the puck past Ben Bishop.

"It was nice to get a shift a minute after and be able to go out and redeem yourself," Lowry said. "It doesn't always work out that way. Sometimes you've got to sit and stew. But it's important you don't dwell on it and become frustrated and let it affect the rest of your game."

Connor extended Winnipeg's lead at 1:15 of the third with a blast from the high slot. He was back on the top line with Mark Scheifele and Blake Wheeler in Winnipeg's first game without winger Nikolaj Ehlers, who's out with an upper-body injury for at least a month.

The Stars pulled Bishop with five minutes remaining and Morrissey notched his fifth goal of the season at 16:30 while the Jets were short-handed. With Bishop back in net, Little scored with 18 seconds left.

"It was one of those nights where you weren't getting the bounces, but I felt pretty good," Bishop said. "You've got to find a way to make a couple more saves there at the end."