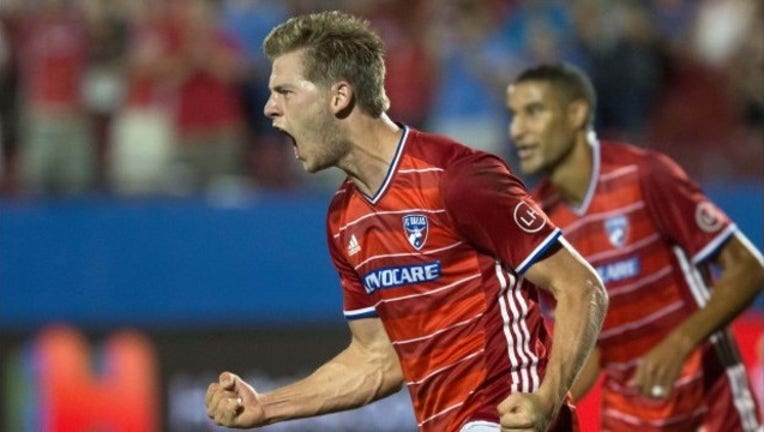 FRISCO, Texas (AP) - FC Dallas defender Walker Zimmerman is expected to miss four to six weeks with a ligament strain in his left knee, possibly sidelining him from the CONCACAF Gold Cup in July.

Zimmerman sustained the injury in the first half of Sunday's 0-0 draw against Houston on Sunday.

The 24-year-old has made 10 starts for Dallas this season after a career-high 30 last year. He has one assist this season.

Zimmerman made his U.S. team debut in a 1-0 exhibition win against Jamaica on Feb. 3. U.S. coach Bruce Arena is expected to use a young roster for the Gold Cup, where the Americans open against Panama on July 8.