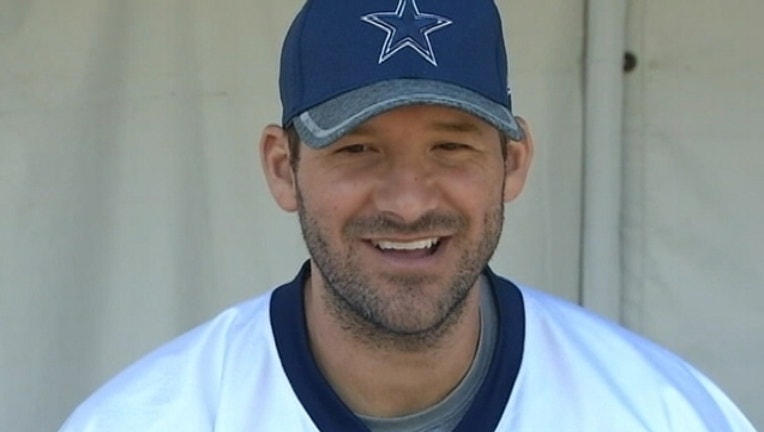 Dallas quarterback Tony Romo will make his preseason debut at home against Miami a week after his top option, receiver Dez Bryant, made a surprise appearance and scored a touchdown in the first game in Los Angeles since 1994.

Romo should be joined for a brief appearance by tight end Jason Witten, but rookie running back Ezekiel Elliott will wait another week for his first pro outing. The fourth overall pick in the draft was slowed by a mild hamstring injury in training camp, which wrapped up Wednesday in California.

It will be Round 2 for Dolphins quarterback Ryan Tannehill and crew after gaining 8 yards on seven snaps in an exhibition opener more notable for three Miami takeaways in the second quarter of a 27-10 win over the New York Giants.

The Miami offense is much more unsettled than Dallas in terms of who will start, including a competition at running back between Arian Foster and Jay Ajayi. Foster, limited to four games because of torn Achilles tendon in the last of his seven seasons in Houston, sat out the preseason opener.

"It's been a while since I've been hit," said Foster, a four-time Pro Bowler. "In games, it's different. You want to get that feel of getting hit week in and week out again."

REDSKINS HAVE ROOM FOR IMPROVEMENT

Washington Redskins coach Jay Gruden didn't even need to think about what he wanted to see his team improve in its second preseason game against the New York Jets: the running game and penalties.

The Redskins had 79 yards rushing on 24 carries, a 3.3-yard average that was stunted by four tackles for loss. Two carries by No. 1 running back Matt Jones went for a combined 1 yard, and Gruden didn't want to use the absence of left tackle Trent Williams and left guard Shawn Lauvao as an excuse.

"I think we should be good," Gruden said Wednesday. "We're going to keep trying to push it. The Jets are excellent against the run. If I recall last year, we couldn't run the length of my arm against them. They're very physical. They play some fronts that are very difficult to run against. So it will be a great test for us — our physicality — and see if we can get anything going."

Gruden wants physicality without flags after Washington racked up 123 yards on 14 penalties in its preseason-opening 23-17 loss at the Atlanta Falcons last week. Allowing a touchdown on a kick return wasn't great, either, so all facets of the team have something to work on.

"You want us to play a clean football game and you want us to improve on our physicality and obviously eliminate the big plays on defense," Gruden said. "You need to take away the big plays and the penalties, play a pretty good game."

A WEEK AT THE BEACH

After a week in San Diego, a trip that included the hospitalization of their coach, the Arizona Cardinals plan to play most of their starters no more than 16 to 18 plays in their preseason game against the Chargers.

Coach Bruce Arians is back with the team after spending Tuesday night in a San Diego-area hospital with a stomach ailment. He later called the episode "no big deal."

New right tackle D.J. Humphries and rookie cornerback Brandon Williams are the starters who will play a little more because they need the experience. Arians wasn't concerned with Arizona's 30-10 loss to Oakland in its preseason opener last week because the starters played well in their brief time on the field.

The Cardinals and Chargers held joint practices on Tuesday and Wednesday and players on both sides said it was helpful to go against someone besides a teammate for a change.