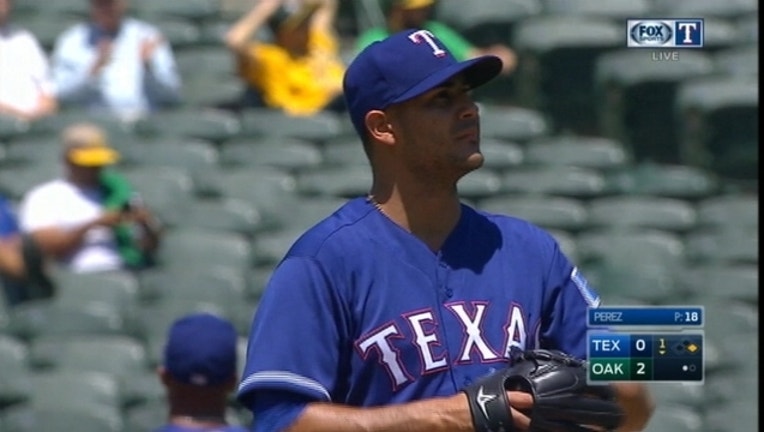 OAKLAND, Calif. (AP) — Khris Davis hit his fourth home run in two games, Danny Valencia drove in two and the Oakland Athletics completed a three-game sweep of the Texas Rangers with an 8-1 win on Wednesday.

Marcus Semien had two hits and drove in two runs for the As, who have won four straight and five of six overall. Yonder Alfonso, Tyler Landendorf and Coco Crisp also drove in runs.

Rich Hill (6-3) won for the first time at home, and his third straight, after giving up a run on three hits over his six innings. He walked one and struck out six.

Davis hit a solo home run in the sixth, a day after hitting three homers, including a walk-off grand slam. He leads the majors with 10 home runs and 20 RBIs in May.