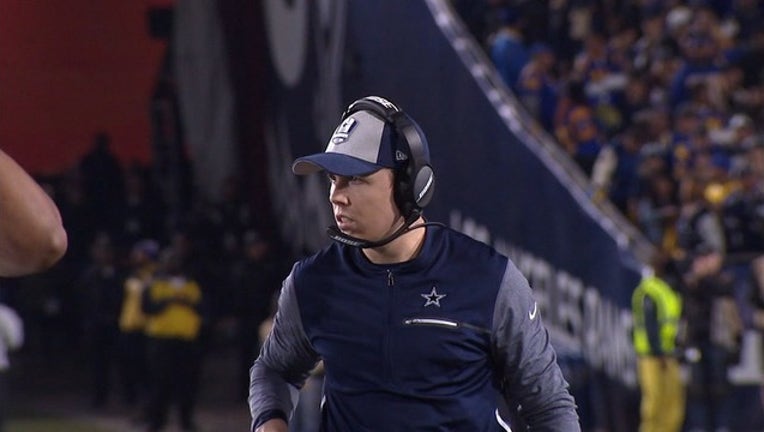 Kellen Moore is getting a promotion.

The former Cowboys backup quarterback and QB coach will be the team’s new offensive coordinator, the team announced on Thursday. He replaces Scott Linehan, who was fired by the team after the Cowboys were bounced in the divisional round by the Los Angeles Rams.

Moore was quarterback Dak Prescott's backup in his final season in 2017. The former Boise State standout spent six seasons as a player but started only two games -- both when Tony Romo was injured during the 2015 season in Dallas. That was the only season in which Moore appeared in a game.

Moore spent his first three seasons in Detroit, beginning when Linehan was offensive coordinator of the Lions. Moore replaced Wade Wilson as quarterbacks coach of the Cowboys as soon as he retired.

The Cowboys also made official that former backup quarterback Jon Kitna will return as the new QB coach, replacing Moore.

Kitna spent the last three of his 15 NFL seasons as Romo's backup with the Cowboys. He was the head coach at Waxahachie High School for three years before spending last season at a private school in Phoenix.