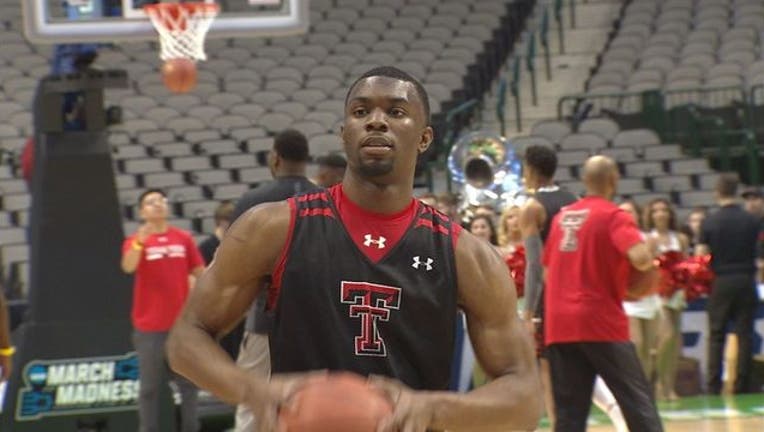 Keenan Evans was already Texas Tech's starting point guard and had been to an NCAA Tournament when Chris Beard became his coach two years ago.

With each win now extending his college career, Evans is an All-Big 12 senior guard going to the Sweet 16.

"What I'm most appreciative of Keenan is he basically trusted me before he had to. He basically took me at my word," Beard said. "He trusted me from day one, and I asked him to do a lot of things that he had never done before in his career. ... He's just continued to be a guy that works at his craft."

Evans remembers the first time he sat down in Beard's office to talk after Tubby Smith left for Memphis. It was only a few weeks after the Red Raiders' 10-point loss to Butler in their first NCAA game in nine seasons.

Beard told Evans that he wanted to keep the core group together and bring in some help.

"I just believed in his process, believed that he wanted to win at this level," Evans said. "He believed in me, so I believed in him, and he gave me an opportunity. And he's still doing that."

A big reason the Red Raiders (26-9) are still playing this season is because of their playmaking 6-foot-3 guard.

In their NCAA opener, Evans scored 19 of his 23 points after halftime when they overcame an eight-point deficit to beat Stephen F. Austin by 10. Evans then scored 22 points in a 69-66 win over Florida. He made the go-ahead 3-pointer with 2 1/2 minutes left, and his only assist came on another alley-oop dunk to Zhaire Smith with 29 seconds left.

"He has courage to make those plays in those moments. He wants the ball late," Beard said. "He's earned the right to be in those moments throughout his career, the ups and downs."

The Boilermakers lost their first-round game to Arkansas-Little Rock two years ago. The Trojans then were coached by Beard, who won 30 games there in his only season as a Division I head coach before returning to Lubbock, where he was an assistant coach from 2001-11.

Evans is the Big 12's second-leading scorer at 17.8 points per game. He trails only national scoring leader Trae Young (27.4 ppg), the freshman standout who is leaving Oklahoma after only one season for the NBA.

Beard said Evans has embraced hard coaching and more intense individual workouts, alone and with graduate assistants. That includes 300 made shots per day, watching more film and sometimes just talking to his coach about what he sees on the court. He has also changed his body in the weight room.

"I feel like I've improved most importantly on being a leader," Evans said. "I try to be more vocal and be that guy that sets the tone for us."

Evans has been dealing with a bothersome toe for more than a month, missing the second half of a 59-57 loss at Baylor on Feb. 17. He has averaged 21.2 points in his five games since sitting out at West Virginia, even while spending much of his time getting treatment.

"He's everything good about college basketball when you think about four-year players staying and grinding," Beard said. "The courage he's shown here in the last month with his toe issue to still play at this level in the kind of pain he's in ... I know (NBA) guys look for the intangibles, and that guy's middle name is intangible. I've never coached a tougher guy than Keenan Evans."

Evans' scoring average has increased each season, from 5.8 points per game off the bench as a freshman in 2014-15, to 8.7 ppg as a sophomore starter and then 15.4 last season. Beard said the guard has also become a better defensive player.

"You've got to give Keenan all the credit. The Keenan Evans story is not me or Tubby. It is Keenan Evans," Beard said. "This guy self-made himself into one of the best players in college basketball, and I can tell you how he's done it. He's done it with a lot of work."