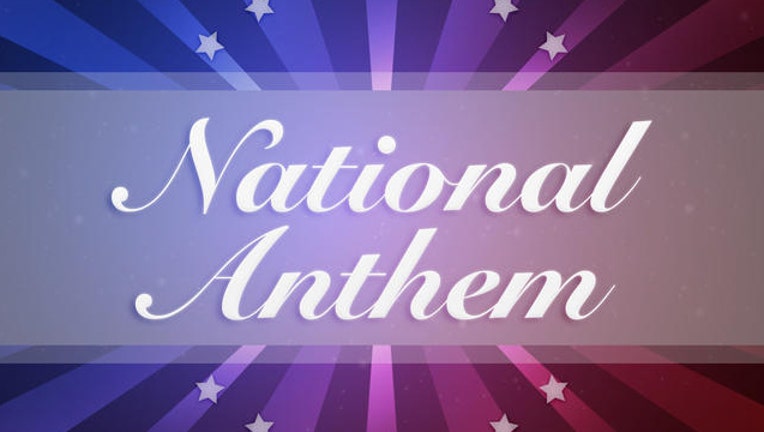 Opening day in the NFL saw Kansas City cornerback Marcus Peters raise a black-gloved fist during the national anthem, a protest amplified later Sunday when four Miami Dolphins kneeled on the sideline with hands on their hearts as "The Star Spangled Banner" played in Seattle.

The protests were inspired by San Francisco backup quarterback Colin Kaepernick , the first NFL player who chose to sit and take a knee during the anthem in preseason games to call attention to what he termed the oppression of blacks and other minorities.

"I chose to get involved to see if I could create change, raise awareness. And I want to make it clear that there is no disrespect to the military or to police officers — I'm not about that. I love everyone," said Miami's Jelani Jenkins, one of the Dolphins to kneel. "I would like to keep moving forward in the right direction with everybody: equal rights, equal opportunity. From my position, it doesn't seem that it's happening. That's why I took a stand."

The Dolphins got support from one very important person — their boss, team owner Stephen Ross.

"I don't think it was any lack of respect," Ross said. "I think everybody here, our team and our whole organization, respects the flag and what it stands for, the soldiers and everything. These guys are really making a conversation of something that's a very important topic in this country and I'm 100 percent supportive of them."

Peters' gesture was the only one visible throughout the early games Sunday, as the anthems took on more significance because of the 15th anniversary of Sept. 11 attacks.

"I come from a majority black community from Oakland, California ... so the struggle, I seen it," Peters said after the Chiefs beat San Diego 33-27 in overtime. "I still have some family in the struggle. All I'm saying is we want to educate those, the youth that's coming up."

The four Miami players — Arian Foster, Michael Thomas, Jenkins and Kenny Stills — registered their protest shortly before kickoff. The four players stood while President Barack Obama's message played regarding the 15th anniversary of 9/11 before taking a knee . All four stood at the conclusion of the anthem.

"If it's about the knee that people are upset about, every Sunday people of faith take a knee to give thanks to their lord and savior, whatever faith or religion that they are," Foster said. "It's not about a knee, it's not about the (symbolism), it's about the message. They say it's not the time to do this, but when is the time?"

Several teams, including the Chiefs and Seahawks, saw their players link arms during the anthem. Peters, the 2015 defensive rookie of the year, was the last person in the Chiefs line and had his arm free to raise it.

"He spoke up about something he felt he needed to speak up about," Peters said last week. "I salute him for that."

Broncos linebacker Brandon Marshall , a teammate of Kaepernick's in college at Nevada, took a knee during the anthem on Thursday night.

Seattle's locker room was engaged in a lengthy discussion over the past few weeks about what type of message to send. The players enlisted coach Pete Carroll in the discussions almost from the start, and brought Dr. Harry Edwards to help direct the conversations.

"Gestures mean nothing without follow through. That's what Harry Edwards said and that's what I agree with," Seattle cornerback Richard Sherman said. "People get confused that you have to go out there and put on a show and make this gesture and make people aware of it, and we're more about action."

Wide receiver Doug Baldwin, who became a default spokesman for Seattle's actions, said the players are working to schedule a meeting with the mayor of Seattle and local law enforcement.

"We know that there has to be change and progress," Baldwin said. "Change is inevitable. Change will always happen. But you got to apply direction to change, and that's when it's progress. And so right now what we're doing as a team, we have a follow through."

A taped message from Presidents Obama and George W. Bush were played at each stadium. Bush attended the Giants-Cowboys match in Arlington, Texas, while Vice President Joe Biden was in Philadelphia for Browns-Eagles.

Peters' gesture was also a tribute of sorts to U.S. sprinters Tommie Smith and John Carlos, who won the gold and bronze medals, respectively, in the 200-meter race at the 1968 Olympics. Both then appeared on the medal stands with raised, black-gloved fists throughout the U.S. national anthem in what they called a "human rights salute."

And in the night game, New England's Martellus Bennett and Devin McCourty both held up their right arms. Teammate Danny Amendola was seen clutching the American flag unfurled on the field in Arizona.

The International Olympic Committee ordered Smith and Carlos expelled from the games because of the protest.