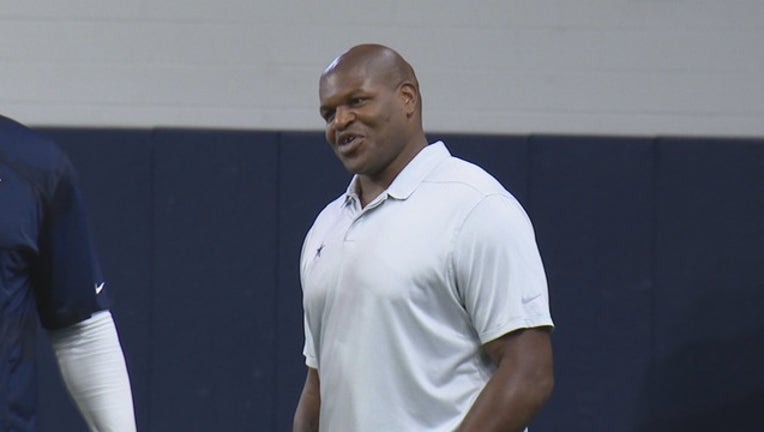 Josh Brent was seen publicly with the Dallas Cowboys for the first time since his arrest in June on Tuesday.

Brent was on the sidelines of the Ford Center at The Star on the first day of training camp activities in Frisco.

The former defensive lineman was driving drunk in a crash that killed his teammate Jerry Brown in 2012. He was indicted for intoxication manslaughter, served five months in jail and was given 10 years’ probation.

Following his June arrest for assault of a public servant and resisting arrest, a warrant was issued for a probation violation. That warrant has since been dropped.

Brent is currently a member of the Cowboys scouting department.